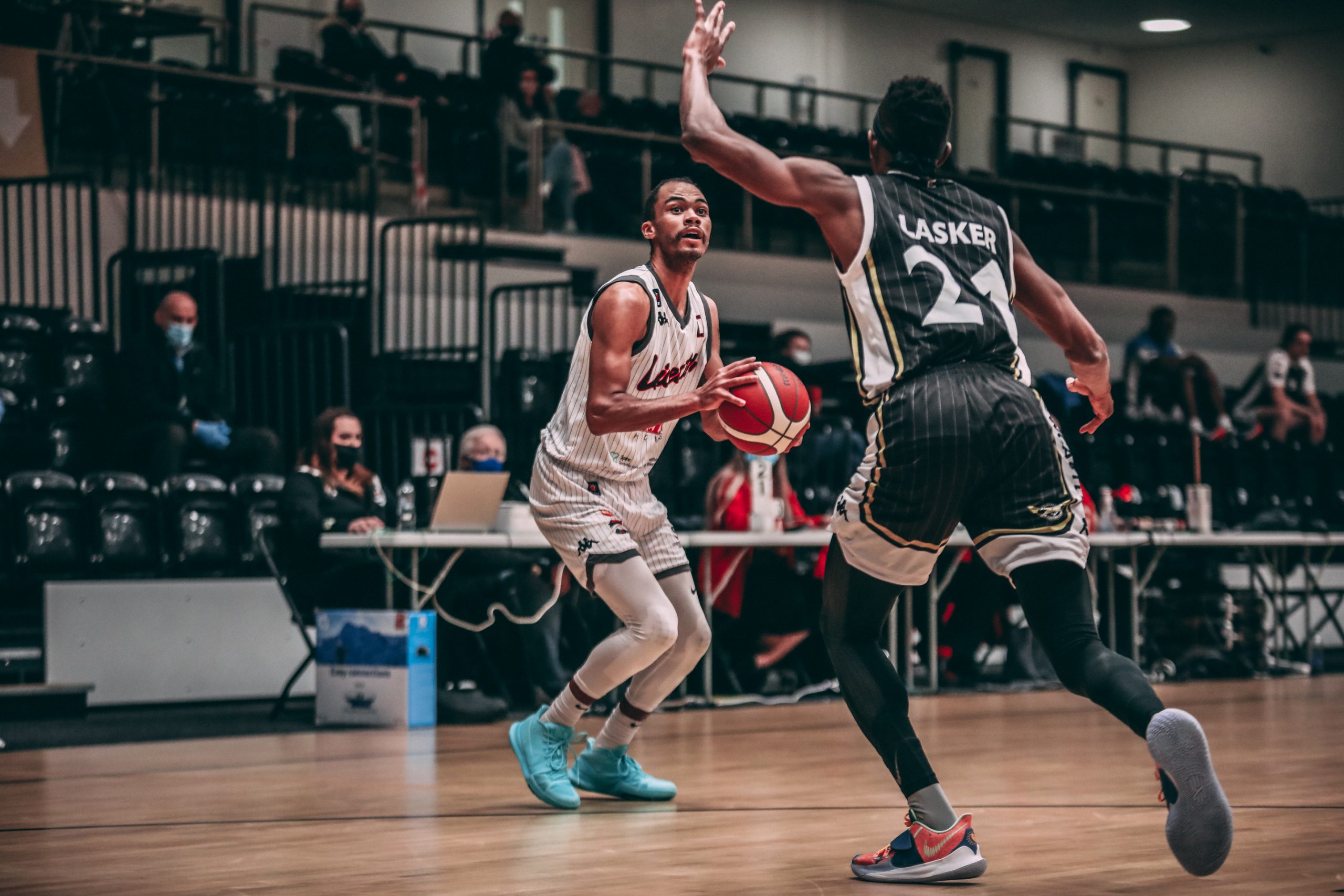 Taking place in front of the Sky Sports cameras at 7:30pm Friday, the Riders travel to the newly named Vertu Motors Arena in Newcastle looking to secure a win in their first of two games this weekend.

Still sitting at the top of the table, the Leicester Riders look to get back to winning ways against the Eagles. The match-up against the Eagles marks the final contest of a tough three-game away stretch. After suffering tight defeats in the previous two, the Riders will be looking to bounce back with a win on the Eagles home court and extend their lead over them with a win. With the London Lions waiting for them on Sunday, this is exactly the type of challenge the team needs to put their foot down on the league. Team captain Darien Nelson-Henry knows this, saying “This will be a huge weekend, and I am looking forward to battling with the guys”.

The Newcastle Eagles find themselves 2nd in the table, trailing by four points while also having an extra game played over the Riders. This makes this coming match-up all the more important. After getting back to winning ways and crushing the Manchester Giants by 25 points the Eagles will be brimming with confidence. With more aggression defensively the Eagles look to challenge the Riders style of hounding defence. This being a contest between BBL’s most successful, and most historic is sure to rile up players of both teams with it all to play for.

This game may be a battle of the guards. Dazzling play can be found at the head of both sides and is often the engine that sparks the flashy stretches of action that drives fans wild. For the Riders, starting point guard Geno Crandall is the one to watch. Averaging 17.7 points, and 7.4 assists per game the Leicester number 0 ranks 2nd in the league in both. Crandall’s eye-catching handle of the ball and awkward change of pace when on the offence also lands him as the most fouled player in the league per game, drawing a whistle 4.8 times a contest. Crandall isn’t all offence however, standing at 6’3” and knowing the nuances of basketball, he gets his hands on the ball to generate turnovers. With 1.7 steals per game again Crandall is in the top 10 in BBL, with many of these leading to fast-break points and severe shifts in momentum. Crandall will have a tough task Friday facing an opponent who can rival his own craftiness, so is one to watch in what could be an exciting back and forth affair.

For the Eagles Cortez Edwards has been an influence on both ends of the floor this season and has proved to be the ideal backcourt partner for 2x league MVP Rahmon Fletcher. Edwards is averaging an impressive 14.5 points, 7.6 rebounds and 5.2 assists per game this season and was awarded the Moulton BBL Player of the Month for December. Edwards is a crafty guard who can score in a multitude of ways both on and off the ball, he was key in the Eagles last game against Manchester scoring 20 points whilst grabbing 11 rebounds and handing out 5 assists. The Riders will need to slow down Edwards if they are to take the win on Friday night.

Riders fans will also be able to tune in via BBL Player by purchasing a one game pass for just £4.99. Riders Season Ticket Holders will be able to watch the game free of charge by logging into their BBL Player account.