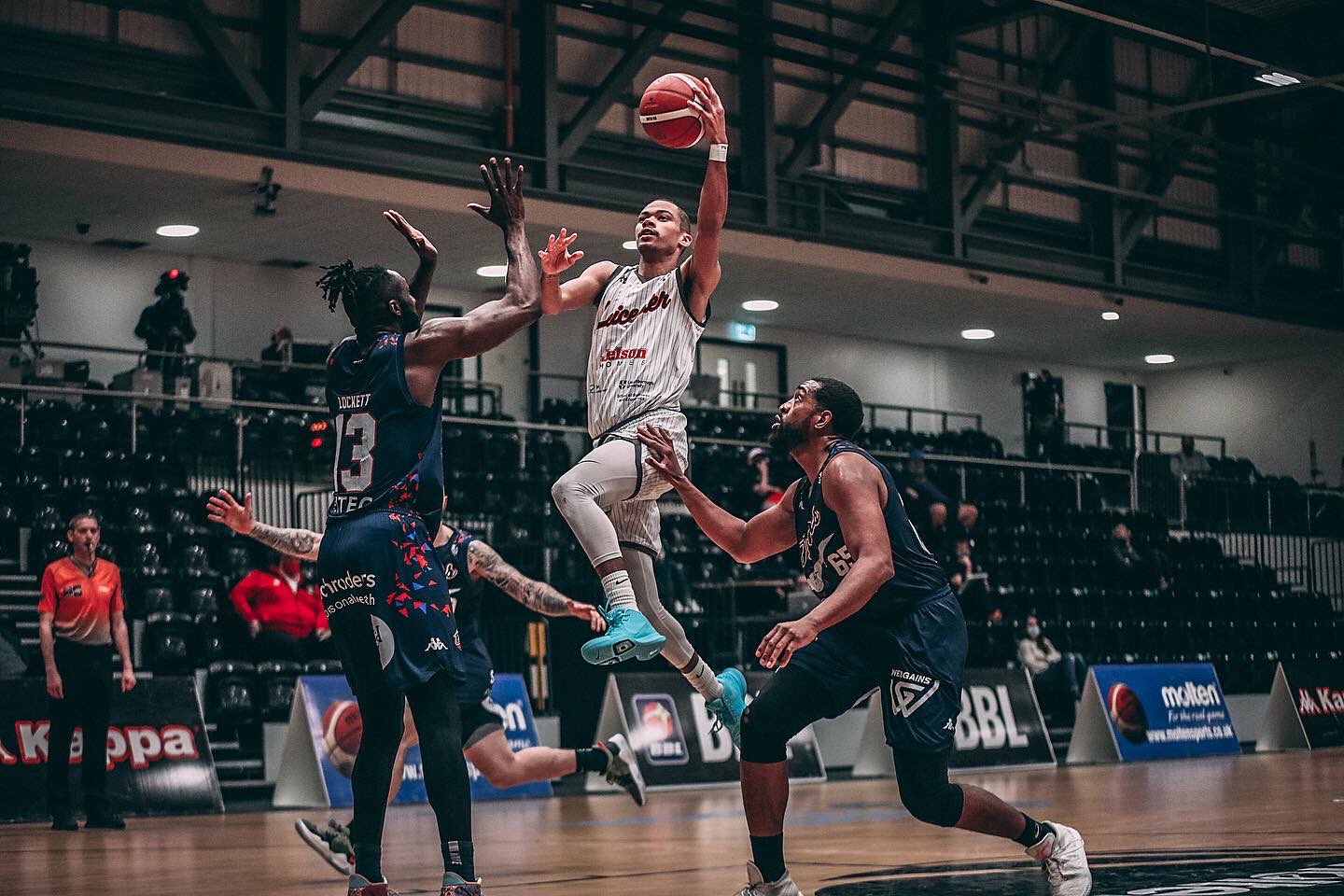 The Riders face off against the Bristol Flyers in the second leg of the BBL Playoff quarter-final, after a dominant display in the first leg. The Riders beat the Flyers 85-56, after a monumental second-half performance, winning by 26 in the final two periods.

The league champions continued their hot form entering the playoffs, putting themselves in a strong position to progress into the semi-finals. The Riders have won their previous two fixtures by a combined 61 points, flexing their best-ranked BBL defence in both encounters. Leicester’s perimeter defence has been stifling, with their athletic wing defenders locking down their opponent’s outside game. Over the last two games, the Riders opposition has shot a combined 4-36 from three and 39% from the field, unable to make shots consistently against the Riders, who gave up just 76 points per game during the league season. Should the Riders continue to play up to their elite standards defensively, they will feel confident in progressing to the next round.

Despite taking a difficult loss in the opening leg, the Flyers have an opportunity for redemption in the second tie. They can take positives out of the previous game, as they held the Riders to 33 first-half points to keep the game within a possession. The Flyers are one of four BBL teams to hold opponents under 80 points in the BBL Championship season, and demonstrated their defensive prowess in the first half. Ending the season with successive wins to book their place in the playoffs, Bristol will hope to recapture good form in an attempt to climb back into the tie. Upsetting the Newcastle Eagles in their final game should present the Flyers with the confidence they need for a comeback win.

After two long term injuries sidelined him for the best part of two seaons, Mo Walker appeared back to his brilliant best in the first leg. In the absence of Ali Fraser, Walker led the frontcourt off the bench in a dominant outing.  Walker scored 16 points in 17 minutes, going 7-8 from the floor in an efficient display. The big-man out of the University of Minnesota scored nine straight points to stretch the Riders lead to 29 in a game in which every minute counted. Using his 6’10” frame, Walker bullied defenders down low to feast at the rim, making his presence known inside. He will hope to continue his momentum into the second leg to put the tie to bed.

The Flyers leading score through the BBL Championship season, Eric Lockett kept his team in contention during the first half of the previous game. Lockett scored half of Bristol’s 30 first-half points, including eight straight in the second quarter kicked off by a monster fastbreak jam. With Lockett scoring just one point in the second half and Bristol falling behind in the tie, they relied on Lockett’s scoring ability to compete in the game. Lockett, who averaged 14.3 points and 6.5 rebounds per game as a Sophomore at Florida International University, is an athletic wing capable of beating players off the dribble, finishing through contact and pulling up with a smooth jumper. The Flyers will look to Lockett to lead them back into the fixture.

The first leg was a second-half Riders blowout, as the league champs won 85-56. Geno Crandall put up an emphatic double-double, with 21 points and 10 assists, and William Lee dominated the paint with a colossal five blocks. The job remains unfinished, however, as Leicester will remain focused on seeing the game home in the second leg.