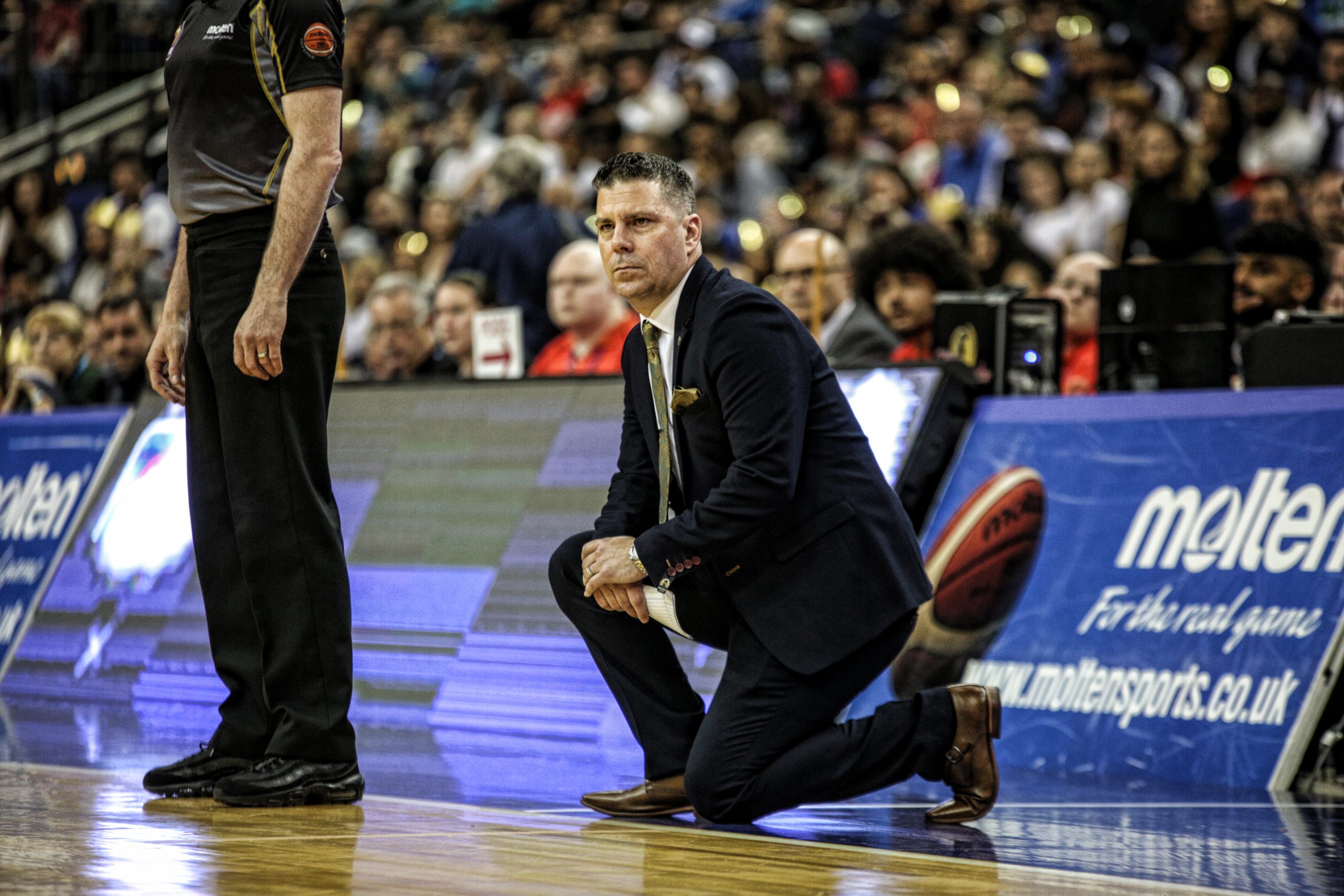 Leicester Riders are excited to announce a new multi-year contract with Head Coach Rob Paternostro has been agreed.

“I’m thrilled to extend my deal with the Riders. I have enjoyed everything about being the Head Coach here and am looking forward to the future,” commented Rob Paternostro.

“It’s home for my family and I. I love it here and we are all excited about the future.

“Leicester is a great city for sport, I love that about being here, the fans are knowledgeable and passionate which makes it an incredible place to work.”

Paternostro led the Riders to the League Title, his fifth while at Leicester, and 14th trophy overall for the club. He also picked up the Coach of the Year award, his fourth in the last five years.

“Rob has been a fantastic Head Coach for this club for many years. He is our most successful Head Coach and understands where we want to take this club,” commented Riders Managing Director Russell Levenston.

“It’s a big statement for the club to be able to secure his services for the next five years. We are extremely excited about working together and happy to offer him the security at our club that his record truly deserves.”

Rob took the helm at the Riders in 2008 and won his first league title in 2012-13. He won his first Coach of the Year award after transforming Riders in that initial 2008-09 season, immediately taking them from tenth to third, and they have only finished below that on three occasions in more than a decade since.

The 48-year-old native of Connecticut – who enjoyed a good playing career in the BBL as a charismatic point guard from 2000 to 2008 – has built his success on a defensive philosophy, and will have been pleased to see his team once more end the season as the BBL’s meanest defence, for the fifth completed season in a row, conceding just 76.8 points per game.