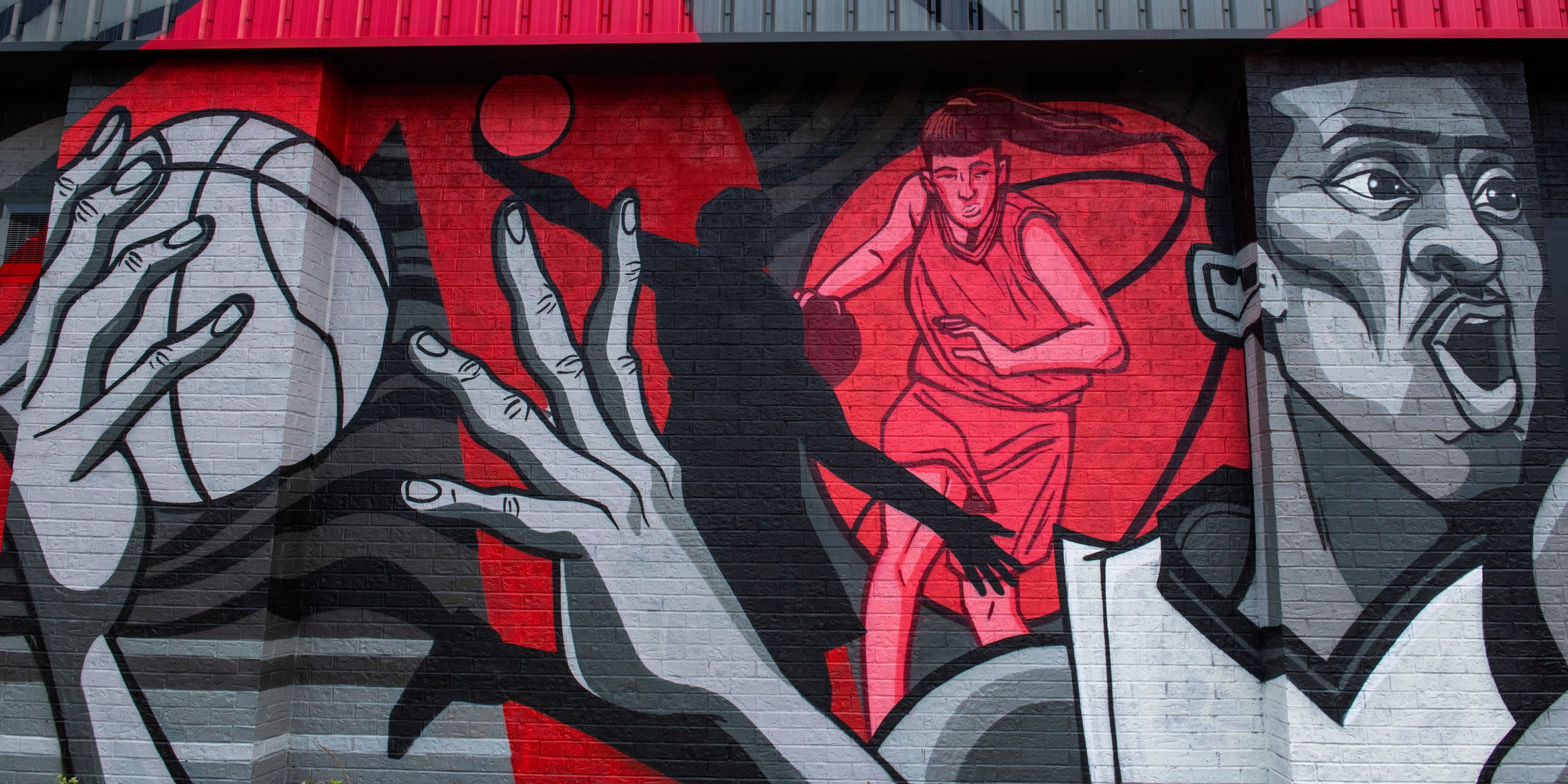 Leicester’s waterways are set to be transformed with a series of colourful artworks as part of a major community arts project beginning this summer.

Five large-scale murals will brighten up parts of the city’s riverside and canal corridor thanks to a partnership between Leicester City Council, the Canal & River Trust and local arts company Graffwerk.

Over the coming months, local artists from the Graffwerk street art collective will carry out specially commissioned pieces at key locations across the city.

The first commission has already seen the canal side wall of the Morningside Arena transformed with a large-scale mural celebrating home champions Leicester Riders alongside a tribute to basketball icon Kobe Bryant.

Kevin Routledge, director of the Morningside Arena and chairman of Leicester Riders, said: “We are delighted to be a part of this stunning community arts project. The Morningside Arena’s location alongside the new Charter Street bridge leading to Abbey Park, has seen much-increased footfall and cycling.

“We think people using the park and canal will be very impressed with the artwork. The design strongly captures the essence of the arena with its community focus and great events, as well as being home of the Riders.”

The Morningside Arena project will be followed by artworks at Abbey Park underpass, Soar Island wall and Lime Kiln Lock on the edge of Abbey Park. The recently constructed flood relief culvert at Loughborough Road Bridge will also be brightened up with a specially commissioned design.

The artworks will celebrate the sites’ wildlife and history and include improved waymarking to help people find their way along Leicester’s waterways and make more use the city’s towpaths and riverside walking routes.

The £45,000 project is funded by the Leicester and Leicestershire Enterprise Partnership (LLEP) with £30,000 of Government cash from the Local Growth Fund, and by the Canal & River Trust through its Community Roots programme, which is supported by players of People’s Postcode Lottery.

Liz Fleuty, community engagement manager for the Canal & River Trust, said: We’re so excited to be a part of this project which will brighten up the waterside and make a visit to the towpath even more appealing

“For many Leicester’s waterways are an undiscovered gem and we’re hoping that, once finished, these artworks help to attract more people down to the waterside and encourage them to see their local canal or river in a whole new light.

“More than a third of people in Leicester live less than a kilometre from a canal or river – which have such an important role to play in daily life, helping us to keep active and clear our minds. By brightening spaces up and creating new places of interest we hope this project will enable more people to feel those benefits for themselves.”

Deputy City Mayor for environment and transportation Cllr Adam Clarke said: “Leicester boasts some beautiful riverside and towpath routes but there are some parts that need a bit of a lift. We are keen to work with partner organisations like CRT and the Inland Waterways Association to do that and help more people discover the city’s riverside.

“These new artworks will brighten up key locations along our waterways, signposting routes, attractions and areas of interest and encourage people to explore more of the city’s beautiful riverside and canal by walking and cycling.

“We have worked with Graffwerk on a number of projects over the years, with events like Bring the Painthelping to create stunning artworks in the city centre. I am excited to see how this latest project will transform and brighten key waterside locations.”

Izzy Hoskins, co-director at Graffwerk, said: “Graffwerk is extremely excited to be delivering these large-scale artworks alongside some incredible artists. Being based upon the canal side ourselves it means a lot for us to be involved in projects within the local community.”

The project may involve some short-term towpath closures while the artists are working. This will be clearly signed and alternative routes suggested. All work will be carried out only when it is safe to do so, and with strict social distancing in place.