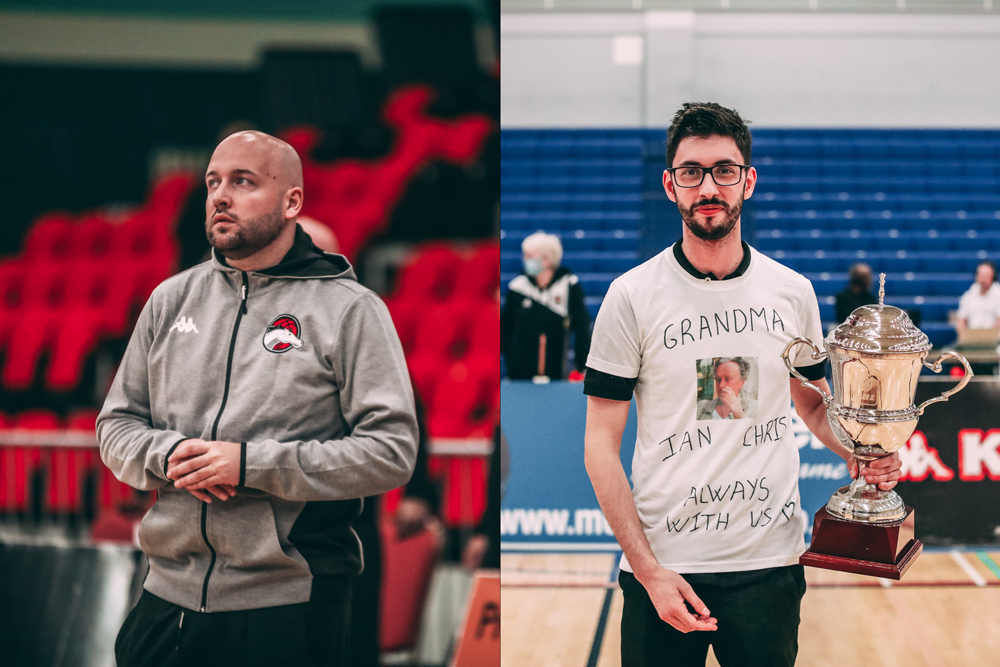 Maynard & Vazquez step up in the New Era for Loughborough

Riders BBL Assistant and Head of Charnwood College basketball programme Will Maynard will take charge of the Loughborough Riders NBL division one side for the remainder of the season.

Maynard, who continues his coaching journey having graduated from the programme as a player, Maynard will now return to the University side alongside his duties with the Charnwood basketball academy.

“We’re delighted for Will to have the opportunity to further his coaching career in the Division 1 moving up from coaching the Division 2 for the past few seasons.” Reflected MD Russell Levenston.

“Will is a shining example of fulfilling the pathway as a player, having graduated from that Loughborough team. And now following a similar route with his coaching and he is ready for the new challenge”

Maynard comments “I’m really excited about getting started with the division 1 group. it’s going to be a challenge for us in a tough league this year, but we have potential and will grow as the year goes on. I’m humbled to be given the opportunity to lead on a such a prestigious programme. I’m looking to continue to build on what Mark and the rest of the staff have built over the years.”

BBL Riders assistant coach Pablo Vazquez will take charge of the BUCS first team for the remainder of the season.

“We have a successful track record in BUCS having won gold in 2016-2019. Pablo comes with vast experience at the professional level assisting Coach Rob, so it’s great to be able to offer him the opportunity to head up our University BUCS team. Pablo has completed delivered many coaching roles within the club and excited to start his new role”

Coach Pablo Vazquez commented on his new role “I’m super excited for this new opportunity and challenge. Being able to work with this group of players and first class university like Loughborough is going to be great, everyone has been super welcomed so far. I would like thank everyone for believing that I was the right fit to take this role alongside wishing Coach Jarram all the best in his personal future and personally thank him for everything he is done for me since I first arrived in England.