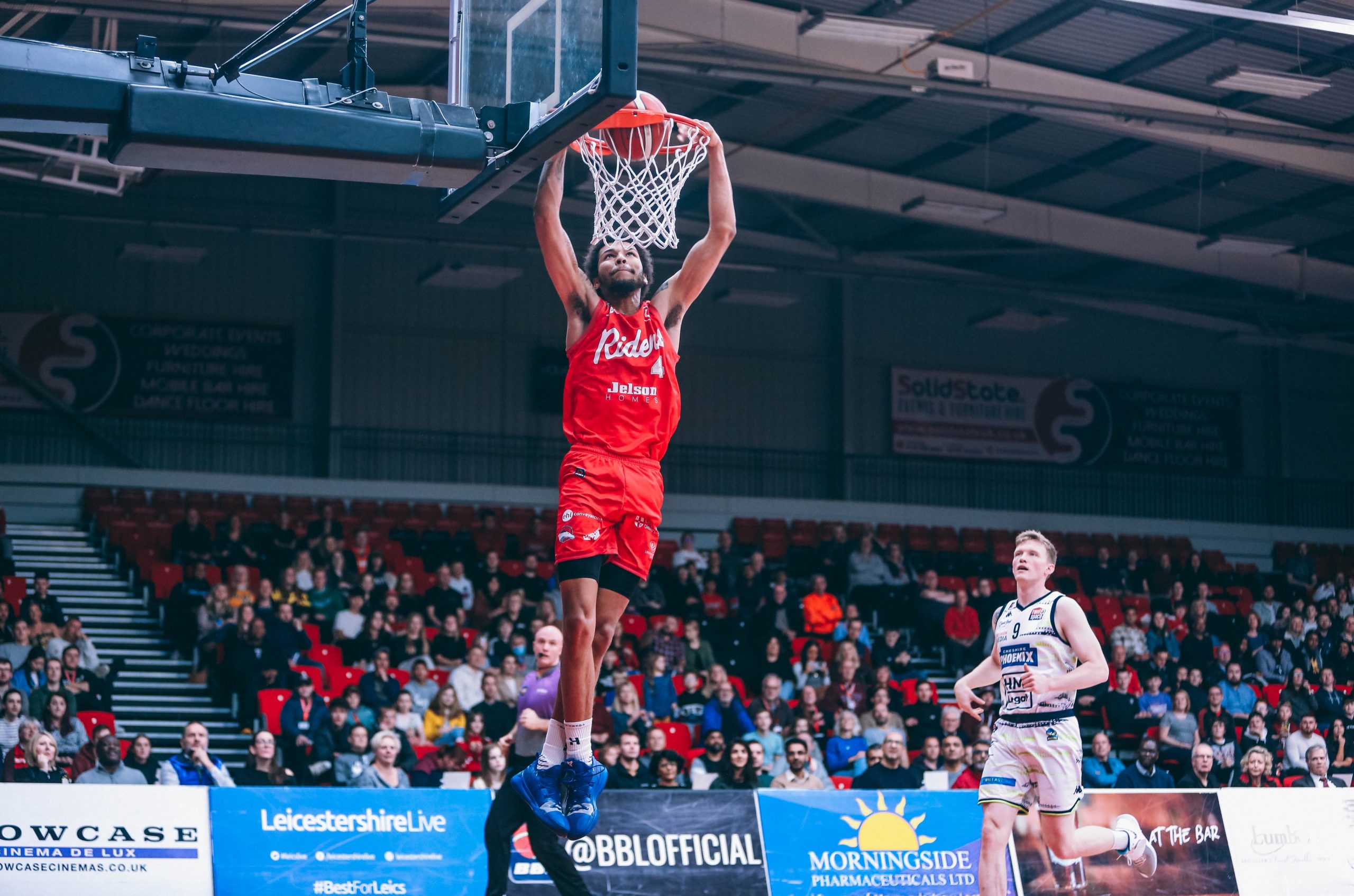 The Riders’ continued their league title defence with a 94-72 win against the Cheshire Phoenix, improving to 2-0 to start the season. In a fiery second half, the Riders exploded to nail seven threes in the fourth quarter, which they won 32-12. Marc Loving had a monster 32 point performance, going 6/10 from three to lead the game.

Ohio born Loving hit three straight triples to seal the game late. The Riders took just a two-point lead into the fourth, but took over in the final ten minutes in front of a deafening home crowd. After struggling from deep in the first half, going 33%, the BBL’s best three-point shooting team reverted back to their usual self in the second, finishing the tie making 45% of their attempts.

The Riders forced Cheshire to wait for their first league win of the season, as their visitors fall to 0-5. GB guard Teddy Okereafor led the Phoenix with 17 points, but his side could not rise from the flames after being blown out of the sky in the fourth.

Following a close encounter in the previous fixture between the teams, played out a week ago, this game started equally close. Patrick Whelan got the Riders going to start the game. The GB sniper scored nine of the Riders’ 19 first-quarter points, two of which came from an early highlight-reel play. Geno Crandall assisted Whelan behind his back on the fastbreak, gifting his teammate an easy bucket at the rim as the Riders finished the first quarter trailing by two.

The Riders’ three-ball started to fall in the second, as they nailed three straight deep shots to hang in the game. Ben Mockford followed up his 30 point performance in the previous fixture with 14 points in the first half, as the teams continued to trade buckets until the buzzer, entering the locker rooms with the score 44-41 in the Phoenix’s favour.

In the midst of a fiery third quarter, with emotions running high, Leicester climbed out of an eight-point hole after a couple of Phoenix baskets. An 11-3 Riders run gave the hosts the lead before Phoenix big man Radwan Bakkali saw himself ejected after a verbal exchange with Kimbal Mackenzie. His following protest sent the Morningside Arena into a fever pitch in support of their team.

Back to back Riders threes kicked off the final quarter, as Leicester extended their lead backed by an explosive crowd. The hosts caught fire, nailing seven triples in six minutes to build an 18 point advantage. Loving cooked in the fourth, making three straight deep shots to secure a commanding win.

“We had a pretty close game with this team last time, so we wanted to come out, play hard and not make it close this time,” said Loving post-game. “We’re both very competitive teams, and it got a bit chippy in the third. We just tried to get back to playing basketball and sticking to our game. I’m very happy with how we responded in the fourth. We came out playing hard, and it gave us a 20 point advantage.”

“Marc’s a good all-around basketball player.” said coach Rob Paternostro post-game. He doesn’t go hunting his shot and plays the game the right way. I love his floor game, and tonight he was outstanding. He’s a very intelligent basketball player that helps us in many ways.”

Paternostro was happy with his side’s efforts after the game: “After playing two games in a row, it’s gonna be a competitive battle. I thought both teams were aggressive and showed they really wanted to win the game. I thought the difference was our defence in the second half. To hold them in the twenties was the name of the game.”

Leicester’s homestand continues on Friday. They will take on the Surrey Scorchers at the Morningside Arena. A win would see them remain flawless through the opening stages of the season, with three straight victories to start their BBL Championship campaign.