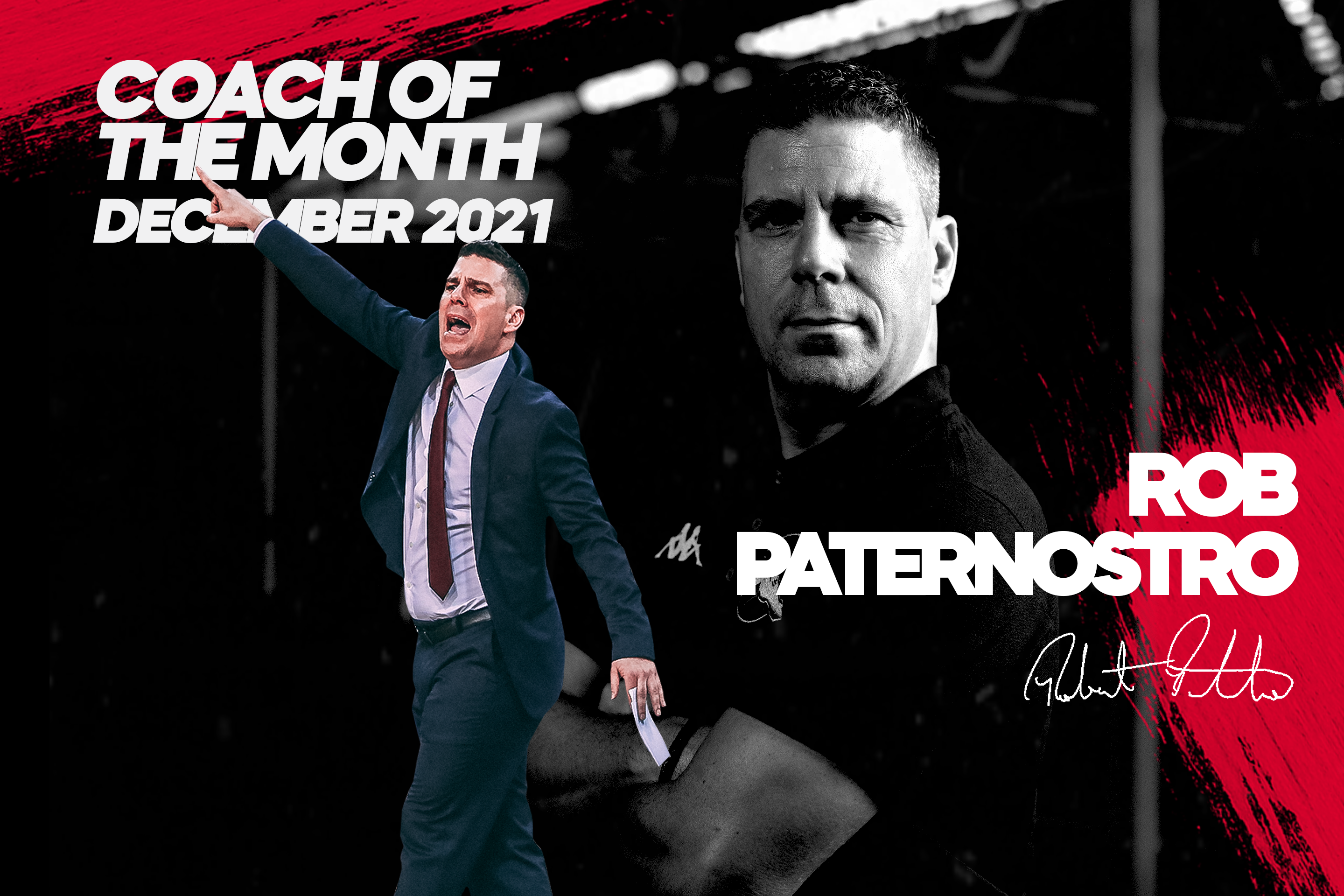 Head Coach Rob Paternostro has been named the Coach of the Month for December by the BBL having posted a perfect month.

Riders won all five of their games in December, taking them to 8 and 0 in the BBL Championship and a BBL Cup Semi Final win over London Lions.

As a result, Paternostro will lead out his team in the BBL Cup Final for the fourth time – against Manchester Giants at the end of this month.

Riders have now picked up 3 of the monthly awards, Geno Crandall and Marc Loving winning the Player of the Month award for November and December respectively.