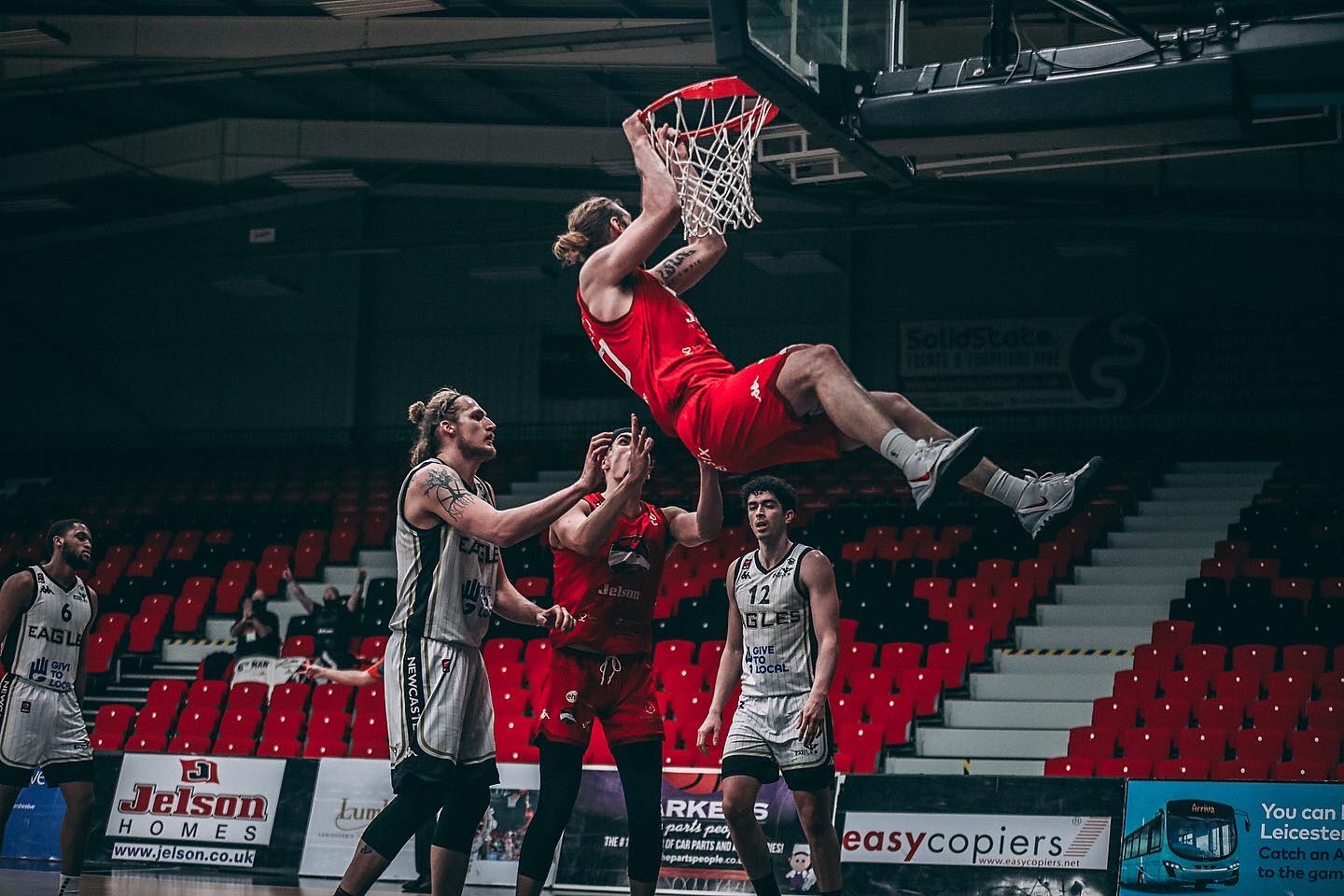 It was another great week for the Riders!

Not only did we win against rivals Newcastle, but they also dropped one to Sheffield, again. That, along with a London loss to Cheshire, proved to be a massive week in terms of league standing for us.

The Newcastle game was a tight one until the end, as almost all Riders/Eagles matchups are… we proved to be more resilient this time, however, managing to finish the game with a great run to expand the lead and secure the home win. The game was filled with highlights, and I was lucky to be on the receiving end of one of Geno’s more epic passes. Willy Lee had another awesome put back, and, if I must say, my dunk at the end wasn’t too shabby either!

This momentum was carried into the Manchester gym on Sunday. While the game started out a little rocky, we knew the ridiculous shots they were making were not sustainable. After our last display against them, we had something to prove — and I think we did just that — managing to hold them to some 30 points less this time around. A fairly incident-free game was capitalized by Geno’s insane dunk in the final minutes. May I say, dunk of the year?!

All in all, another great weekend for The Riders. We are looking forward to a longer week of practice, as it feels like we’ve been playing an NBA schedule as of late. We are also looking forward to the double-header against Worcester this weekend, with a home Sky game to start it all off. Whoever they bring out surely won’t do as good a job as our very own Geno Crandall up in Newcastle last Friday night.

Once again, thank you for the continued support! And as always, Go Riders!