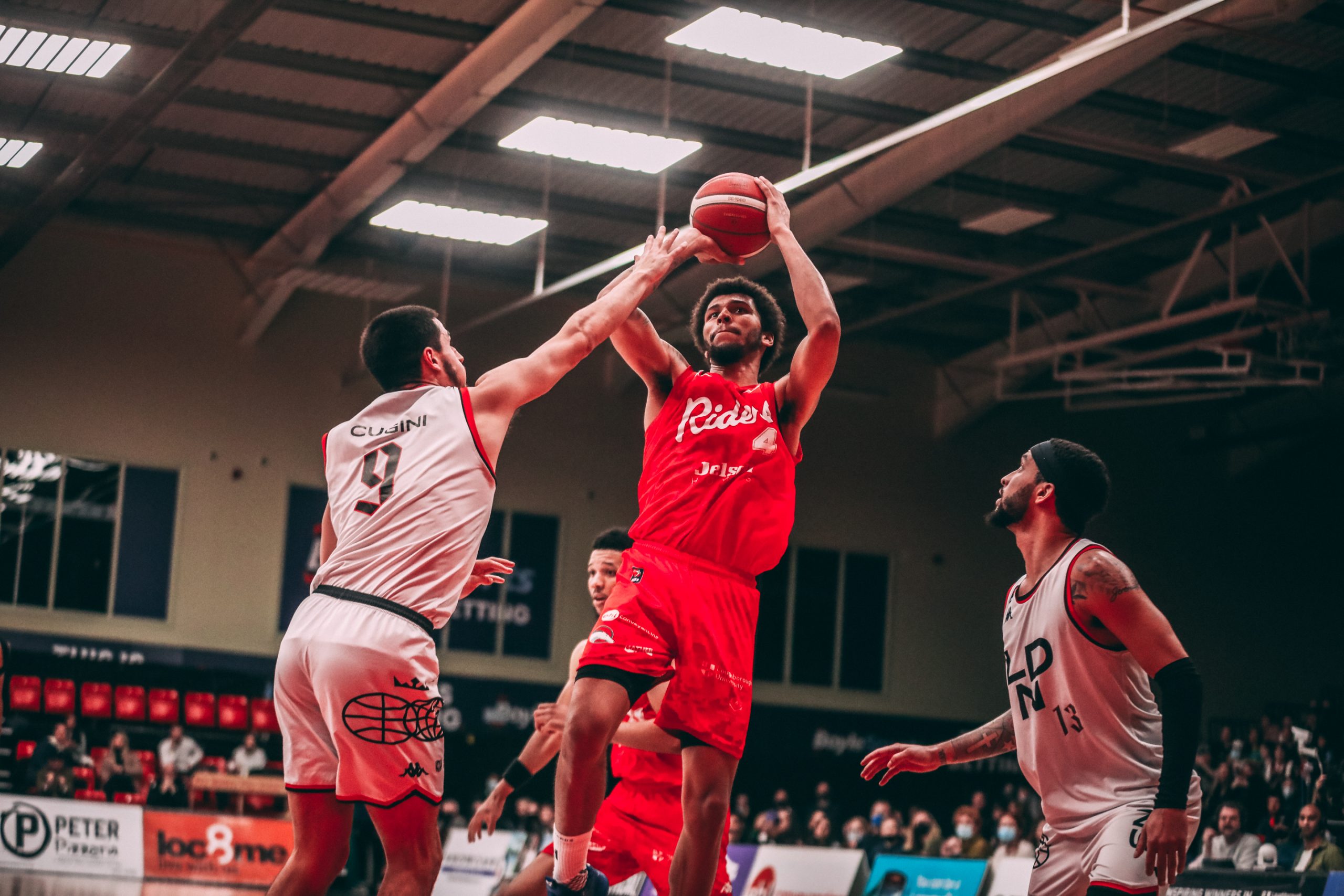 The 2021/22 BBL Cup reaches its climax on Sunday, as the Riders take on the Manchester Giants in the final. They head to the Utilita Arena Birmingham, hoping to win their first BBL Cup since 2014.

Journey To The Final – Riders

The Riders tipped off their season with the BBL Cup group stage, which they progressed through with a 6-2 record. Six straight wins in the group saw them advance to play the Cheshire Phoenix in the quarter-final.

Leicester was faced with a tough outing against Cheshire, with the game coming down to the final possession. They saw the tie out in the clutch, courtesy of Jubril Adekoya’s go-ahead layup with seconds remaining, winning 85-84.

In the semi-final, two of the BBL’s premier outfits collided, as the Riders took on the London Lions over two legs. After winning the first game on the road 99-96, the Riders defence locked down in front of a raucous Morningside Arena, as they bested the Lions 79-74 in the second leg.

Reigning MVP Geno Crandall leads Leicester in the BBL Cup with 15.6 points, 8.6 assists and 2.7 steals per game. The point guard sets the tone for his side, who average the most assists and steals in the competition.

A win would see the Riders lift their fourth BBL Cup, and their first for seven years. With a 10-0 record in the BBL Championship, their best-ever league start has a shot at getting even better.

Journey To The Final – Giants

Three wins in a row saw the Giants progress through the BBL Cup group, as they finished top of the table. They blew out the Newcastle Eagles 111-73 to finish off the group stage, Martaveous Mcknight leading the Giants with 20 points.

The quarter-finals saw the Giants take on the Surrey Scorchers, as Manchester hosted a thriller. The game came down to the final possession, with the hosts winning 99-96.

Surrey’s Lamer Hamrick hit a three with two seconds left to cut the game to a possession, but the Giants survived the late Scorchers’ charge to advance.

The Glasgow Rocks met the Giants in the semi-final, and rocked them in the first leg with a 102-92 win. The Giants hosted the second leg, pulling off the comeback to win 92-79, 184-181 on aggregate.

Tyrik Armstrong hit the game-sealing free-throws for Manchester, and led the game with 25 points to help his team to the final. This is the Giants’ first shot at a BBL Cup in their 10-year history, and a win will see the franchise win their first piece of silverware.

With silverware on the line, this game features a battle between brothers, with the Riders’ Patrick Whelan facing off against the Giants’ Jordan Whelan.

This will be the first time the brothers will face each other in professional basketball, with the BBL Cup final providing a fitting arena.

With the pair both lining up in the shooting guard position, Jordan and Patrick are likely to end up face to face in the game, guarding each other as they go back and forth.

Patrick enters the game on red hot form for the Riders, having led his team in scoring in their previous two fixtures. The William Jewell graduate is shooting a scorching 47.8% from three, the third-best high-volume percentage in the BBL.

Jordan’s season-high came in the BBL Cup group stage against the Glasgow Rocks, where he scored 15 points and stole the ball four times. Jordan is capable of a big performance on any given night, having scored in double digits on seven occasions this season.

This game will be the first between these teams this season. They last faced off last season in the BBL Championship, in a game that was contested from wire to wire. The Riders edged the game 90-87, after Jordan Whelan missed a three at the buzzer to tie.

Darien Nelson-Henry came up huge for Leicester with a double-double, putting up 18 points and 10 rebounds. For the Giants, Whelan went off for 18 points and five rebounds as his team came up just short.