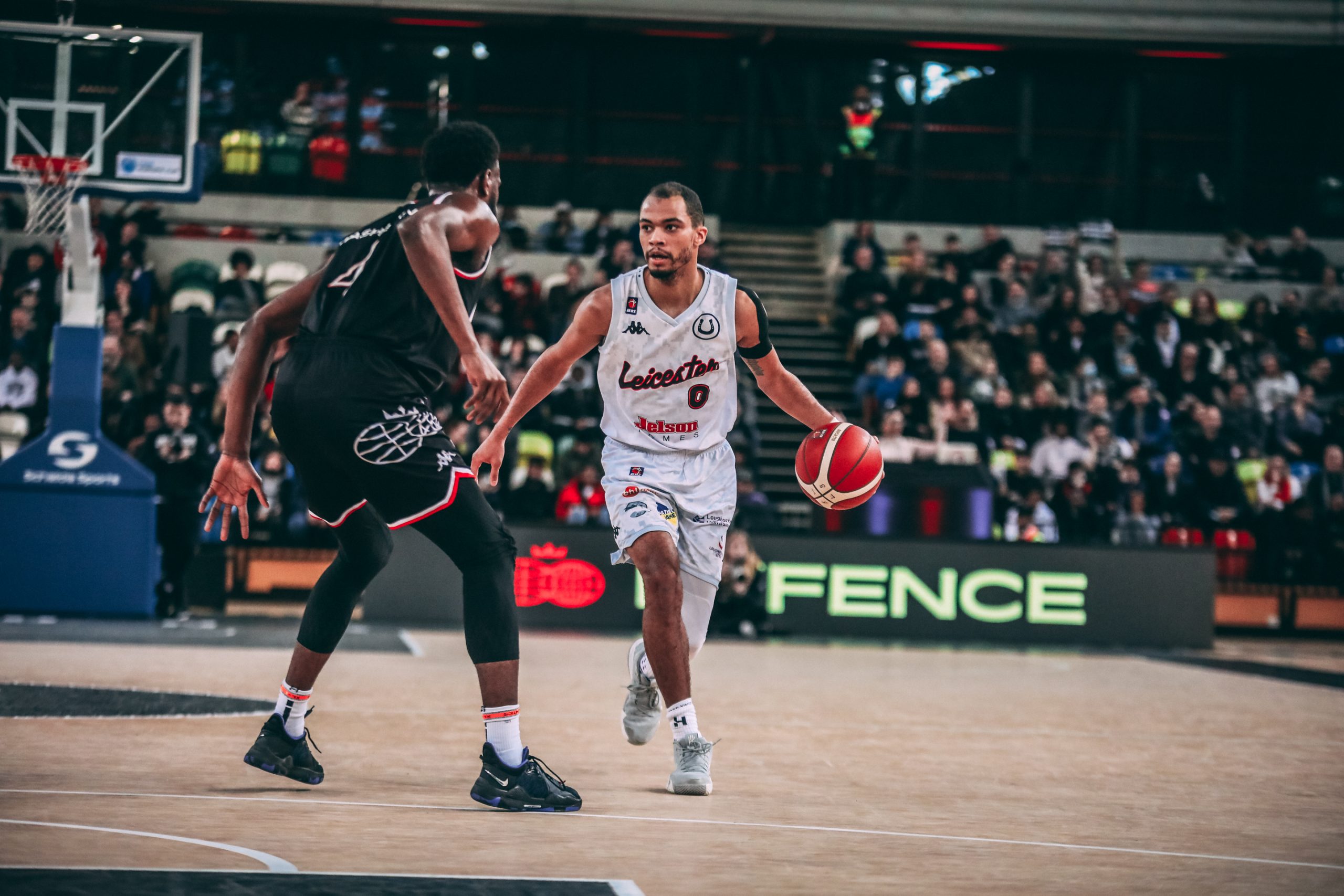 The BBL Champions are gearing up for the playoffs, after winning the league with four games to spare. Having lost just two of their 24 games, they are the BBL’s premier outfit and have the luxury of casting their attention to the postseason.

Statistically, the Riders lead the league on both ends, scoring 90 points per game while giving up just 70. They locked in defensively to win the title against the Plymouth City Patriots, holding their opponents to 60 points.

Patrick Whelan has led the scoring for Leicester, the GB guard scoring 15.3 points per game. But it was reigning MVP Geno Crandall who led them over the line, putting up 25 points, eight rebounds and seven assists against the Patriots.

Crandall scored 23 points in the Riders’ previous fixture against the Giants, putting on a show on their coronation night as league champions.

Coach Rob Paternostro explained the team’s mindset in the closing stages of the season: “We’ll take it day by day, and game by game. We’ll make sure everyone is healthy and in a nice rhythm. I think we’ve earned the right to do that.”

Entering the season with expectations of challenging for the title, the London Lions have endured a disappointing season thus far, going trophyless with just one piece of silverware left up for grabs.

They sit fourth with a 13-8 record, and are locked in a tight battle for second in the standings. The fight took a setback on Friday night, as they fell to the second-placed Sheffield Sharks in overtime.

Isaiah Reese led them in the game with 22 points, despite his side’s loss. The Lions will hope that the overtime period did not take much out of their legs, as they continue their road trip to face the Riders with just a day between fixtures.

The Lions’ offensive production has held them back, as they score just the sixth-most points in the BBL. They shoot just 45.5% from the field and come into this game out of rhythm after scoring 71 points in an overtime defeat.

A win against the league champions would put the Lions’ season back on track, as they look to string some wins together, and build some form entering the postseason.

Putting up solid numbers in key minutes off the bench, Kimbal Mackenzie has run the point for the second unit to great effect this season. Averaging 18 minutes a night, the Bucknall graduate has put up double-digit point performances 13 times on the year.

The third-year pro came to the Riders having spent two years in Spain, and the summer playing with for the Guelph Nightwaks in Canada alongside Riders big man Mo Walker. This came after a successful college career, averaging 17.2 points per game in his senior year at Bucknall.

A natural athlete, Mackenzie captained his high-school football team, demonstrating the leadership ability he brings to Leicester. Able to sideline his ego for the good of the team, and put his outstanding abilities to good use from the bench, Mackenzie symbolised the team-first mentality which runs through the Riders roster.

One to watch- Lions

American guard Isiah Reese has been a fundamental component for the Lions this season. They have a 12-8 record with him and went 1-2 after he went down injured in March, demonstrating his influence on the team.

Resse is averaging 18.6  points and 6.6 assists in the league this season, ranking top five in the BBL in both categories. The 6’5” guard has scored 25 points on three occasions, including in back to back games to get April underway.

Before arriving in London, Reese spent his first two professional seasons in the G-League with the Santa Cruz Warriors, averaging eight points per game in his second season. This followed a college career at Canisius College, where he became the first Canisius sophomore since 1993-94 to earn All-MAAC First Team honours.

Reese is a pass-first, playmaking guard with a high IQ, able to score himself or get teammates easy baskets. Shooting 37% from three this season, he can score on all three levels, and won’t allow the Riders’ defence a moment’s relief in this one.

The Riders will look for revenge in this tie, having fallen to the Lions 79-77 in their previous meeting in Febuary.

The Riders fought back from double digits down, draining threes to make it a ball game late.

Patrick Whelan put up 20 in Leicester’s efforts, but despite Marc Loving’s late three to make it a two-point game, the Riders fell just short, with Isiah Resse scoring 23 for London.

A Riders win would be the fifth against London on the season, after seven meetings in all competitions.