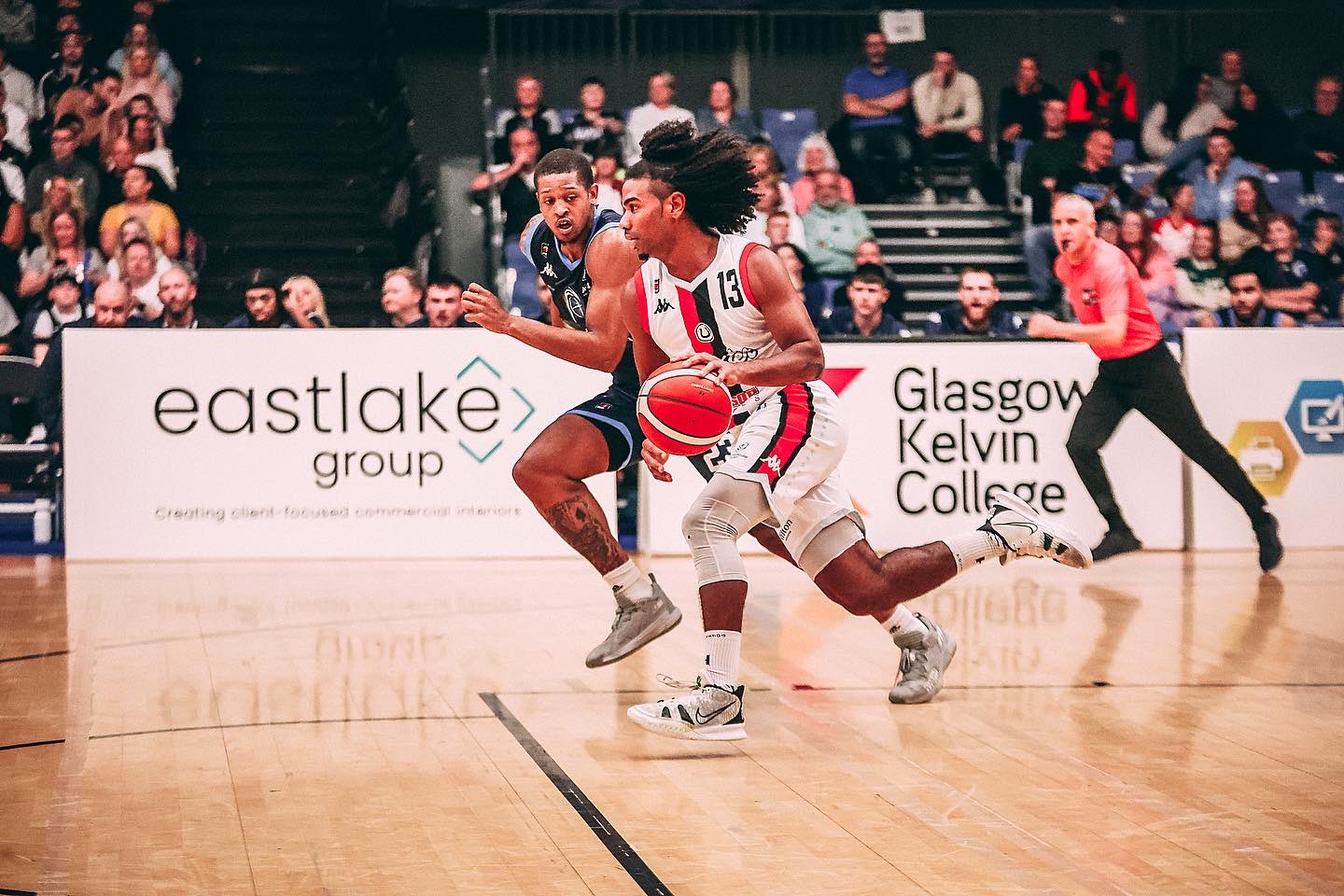 The Riders host the Bristol Flyers, as the sides meet for the second time early in the season. They will look to bounce back after a defeat in their most recent fixture.

Riders happy to be home

Leicester endured a difficult start to the season, with four of their first five games on the road. They currently possess a 2-3 record, having beaten Surrey and Manchester, the latter their only home game of the year so far.

“It was great to be home. We were all looking forward to playing in our home arena. We’ve had great success here, and the guys were fired up to play,” said coach Rob Paternostro after the win.

“Our guys love shooting in here. We obviously practice here, so we’re used to shooting here.”

Patrick Whelan, who had 20 points and four threes in the game, echoed his coach’s sentiments: “It felt nice to be back, especially because we spent the first three games on the road. To be back feels really good.”

They were straight on the road after the victory, heading up to Glasgow to play two days after. They lost a close fixture, which was within six points for the entire tie before the final three minutes.

They will therefore appreciate a week’s rest before this one. The Riders will be in high hopes, hosting a game for the second time this year. A win would see them get back to .500, as they try to build momentum in their season.

The Flyers enjoyed a red-hot start to the 2022/23 season, winning five of their first six games. They started the season 4-0, holding down their home floor to remain one of the two undefeated teams in the BBL. They fell in their first road game in Newcastle, losing 89-78 against the Eagles, but Bristol bounced back in their most recent game, an 81-74 road win against the Cheshire Phoenix.

Thomas Bell leads the scoring for the Flyers this season, the American forward is scoring 16 points per game on a red-hot 42.9% three-point shooting. His team’s success has come from the front court, as Bristol has dominated the offensive boards this season, grabbing 16.2 per game.

The early season success comes off the back of a fourth-placed league finish last season, the highest in franchise history thanks to a 14-13 record. Leicester had success against Bristol last season, winning the season series 4-2 in all competitions. But the Flyers did prove a stern test for the Riders, knocking them out of the BBL Trophy, and the matchup has remained tough this year.

The sides faced off in the Riders’ third game, and Bristol took the win. It was a tight game wire to wire, but the Flyers found late momentum to win. Leicester will look for payback with a win in this one.

When these teams last faced, Jelani Watson-Gayle had himself a night. The 6’1” point guard scored 18 points in the tie, including six in the final three and a half minutes to seal the win.

Watson-Gayle is playing in his first professional season, after stints in the NCAA DII with Fresno Pacific, Miles and Benedict. Last season Watson-Gayle led Fresno to the PacWest Conference Tournament for the first time in their history, whilst being named PacWest First-Team All-Conference.

Watson-Gayle is a born scorer, shooting a good percentage from deep in every college year. The Brit played for GB under 20s in 2018, and has grown into a dangerous perimeter threat in pro hoops.

Lining up against him is the red-hot Patrick Whelan, the Riders’ leading scorer from last season has led the way in the last two games. He scored 22 points against Caledonia, including 11 in the fourth to attempt a Riders comeback.

The GB sharpshooter came into this season off the back of his first international tournament, representing his country at EuroBasket. He was one of the BBL’s elite last season, being named to the Team of the Year after scoring 15.3 points per game.

Whelan has come out gunning this year, making 42.9% of his threes on the way to 17 points per game. And Whelan will look to continue to play both ends to his elite level for the Riders to secure back-to-back home wins.

Tickets are available to purchase here, or on the door before the game, but are expected to sell out quickly. The fixture will also be streamed on the British Basketball League YouTube channel.