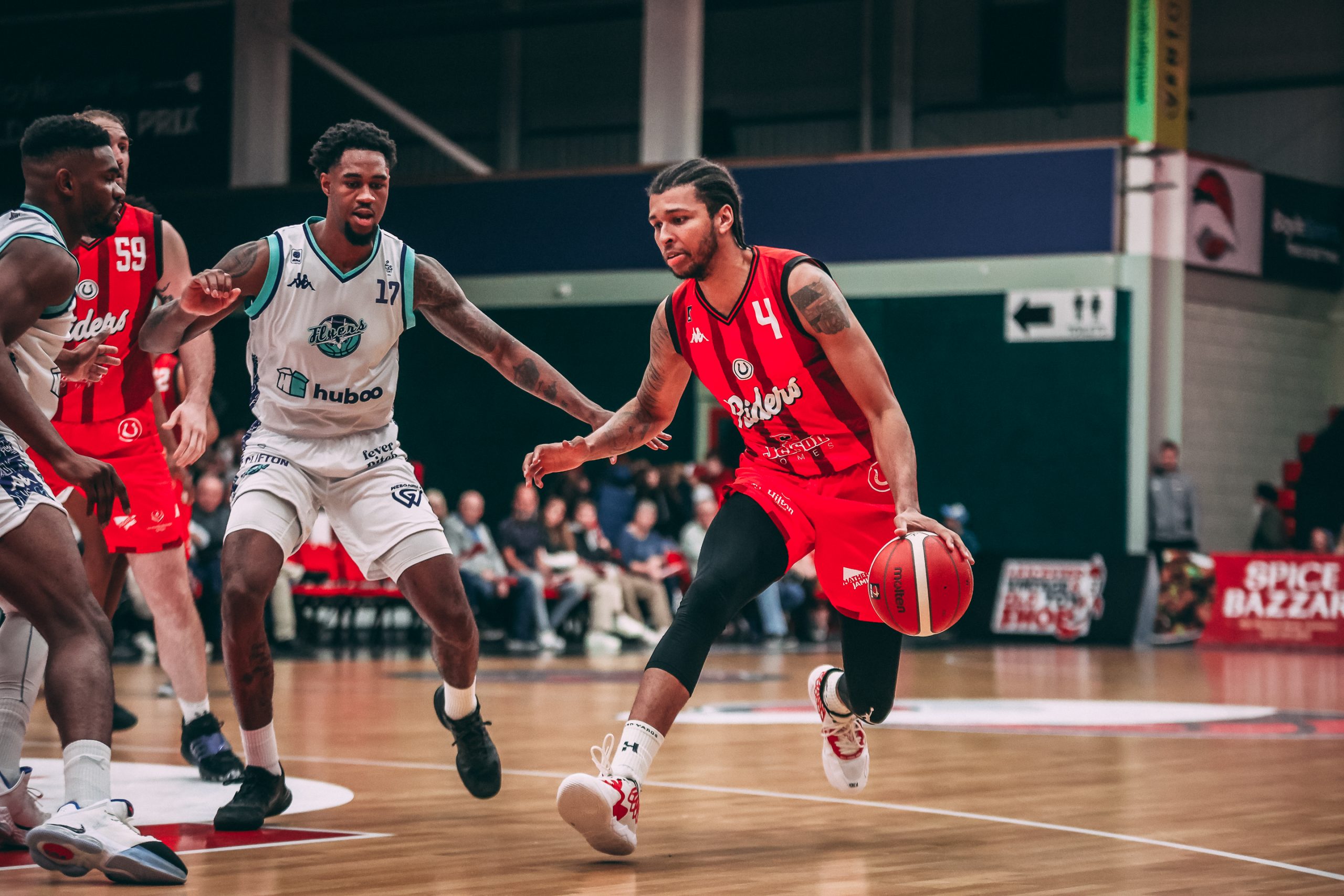 The Riders are on the road for the fifth time this season, taking on the Sheffield Sharks. The Sharks were runners-up in last season’s league table and enter this game on a four-game winning streak.

After an injury-troubled start to their season, playing games without key players Zach Jackson and Derryck Thornton, Leicester are looking to find form and health going into the rest of a long season.

They hold a 3-3 record, winning both of their home games, including their most recent fixture against the Bristol Flyers. It was a revenge game for Leicester after they fell to their opponents in their third game of the season.

“We needed to get back on track,” said Riders forward Jubril Adekoya “The way they beat us last time we played left a bad taste in our mouths. We owed them one. It’s still early in the year, but we’ve got to figure out how to start winning these back-to-back games. We’ve got to try and find a rhythm and keep it rolling.”

Leicester’s offence has been ticking nicely through the season. They are one of the most efficient shooting teams in the BBL, shooting a league-best 50.8% from the field and a second-best 39.1% from three.

“Marc was unbelievable today,” said coach Rob Paternostro after the game. “Any time we needed a bucket, he got it, and he’s been incredible all season. I think he’s one of the most underrated players in the league, and on both ends he was awesome.”

A win would see the Riders move over .500 for the first time this season, as they look to make a charge up the league table.

After starting the season 0-4, the Sheffield Sharks have found their identity as a defensive force to win four on the bounce. They gave up 49 points per game through a three-game stretch, including a 62-49 win against the Cheshire Phoenix to get the ball rolling.

They hold their opponents to 71.8 points per game on the season, the best defensive record in the BBL. On the offensive end, new acquisition Sa’eed Nelson has led the way with 14 points per game, followed by backcourt partner Kipper Nichols with 13.3.

Nelson and Nichols led the team to a huge win in their previous game, beating the league-leading London Lions 89-81. They had 19 and 22 points respectively, going a combined 14-20 from the field.

The Sharks look after the ball, not beating themselves. They’re a pass-first team, ranking top four in assists per game, but turn the ball over the least in the league. This reliable form of basketball, matched with their elite defence, makes them a tough prospect to face for the reigning champs.

Third-year pro Sa’eed Nelson is leading the Sharks through the opening stages of the season with 14 points per outing. The 25-year-old American played his first pro seasons in the German second division, averaging 13 points in his rookie year.

This came after four years at American University in the NCAA D1. He scored 20 points per game as a junior, putting up five rebounds and assists as a well-rounded point guard. His scoring ability was on full display on his second Sheffield start, putting up 31 against the Giants.

Nelson will go head to head with the Riders’ leading scorer of their own, Derryck Thornton. After missing a weekend doubleheader, he returned to the Riders’ most recent game. He is averaging 14.3 points, five assists and five rebounds in a well-rounded start to the year.

The California native averaged 18.4 points and 5.4 assists per game in the Austrian first division last season, playing for Kapfenberg Bulls. He set the league alight with his flashy handles and electrifying dunks, attacking the rim to set up plays for himself and his teammates.

The battle in the backcourt may end up as the key to the game, as both point guards are capable of exploding for monster performances any given night.

The game tips off at 4 pm, played at Ponds Forge in Sheffield. It will be live-streamed on the British Basketball League Youtube channel.