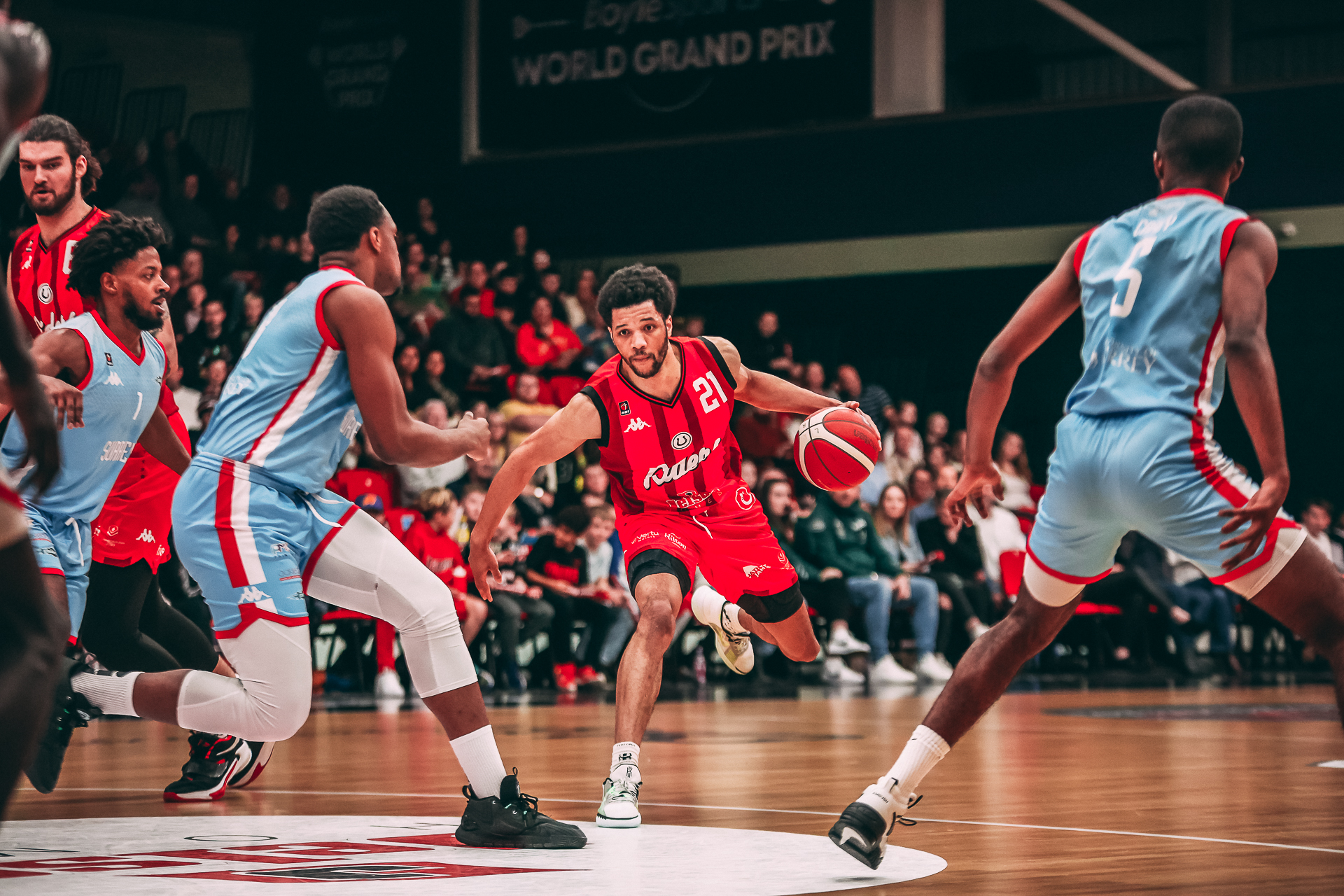 The Riders head to Bristol for the second time this season, where they will take on the Flyers at the SGS Arena.

The game tips off at 7:30 pm and will be streamed live on the BBL Official Youtube channel, starting at 7:15 pm.

The Riders faced a brutal schedule through the Christmas period, playing three games in seven days. They emerged 2-1 through the fixtures, beating the Surrey Scorchers in the last of them.

It was a 77-72 victory, which was fought all the way through to the final stages. Marc Loving led the team with 22 points, scoring nine in the fourth quarter.

The win improved the Riders’ record to 12-5 in the BBL Championship, good for second place in the standings. They’ve won five of the last six games in the league, launching them up the table.

They’re led by Patrick Whelan, the GB international who is scoring 15.4 points per game while shooting 45.7% from three. The Riders have five players averaging double-digit points this season, so they are able to hurt teams in any number of ways.

Leicester ranks third in the BBL in points per game, and lead the league in field goal and three-point percentage. They’ll need to remain their efficient selves in this game, against tough opposition in a hostile building.

The Flyers rank among the BBL’s elite this season, possessing an 11-6 record. They beat the Riders earlier in the season and held the league’s top spot early in December.

Back-to-back defeats against the London Lions, in the league and then the cup, saw momentum in their season take a hit. However, they bounced back with two straight wins.

Bristol does enter this fixture in need of another bounceback, having fallen to the Surrey Scorchers 78-73 in Surrey. Their away form strongly contrasts their home form, as they possess a 3-4 record on the road.

But the Flyers are back in Bristol for this one, in an arena which has proved an imposing setting for visiting teams. Their physicality has been key to their success, as they lead the BBL in offensive rebounding with 12.4 per game.

Malcolm Delpeche sets the tone in this department, topping the BBL’s offensive-rebounding standings with 3.1 per game. The 6’8” big man achieved the same feat last season and continues to be a force of nature in the paint.

The Flyers will look to feed off his physicality in front of their home fans, to get another home win against the reigning champions.

The man leading the scoring for the Bristol Flyers this season is former NBA G-Leaguer and first-year Flyer VJ King. The graduate of the esteemed University of Louisville played for the Westchester Knicks in his first two pro seasons, before taking his talents to the BBL.

King is scoring 17.8 points per game so far this year, ranking seventh in the league. He’s putting up 6.6 rebounds per game, matching his team’s physicality on the glass.

He scored 8.8 points per game in his second NBA G-League season, along with five rebounds per game. He’s a physical two-guard who attacks the rim with force and finishes inside with an instinctual feel for finding the net.

Taking him on is Riders’ leading scorer and GB international, Patrick Whelan. The Warrington-born sharpshooter is a two-way threat in the shooting guard position and is one of the BBL’s hottest talents.

Whelan’s play was recognised last season with a place on the BBL Team of the Year, after leading the team in scoring with 15.3 points per game. His treble-winning efforts also earned a spot on the GB roster for Eurobasket 2022.

Whelan enters the game off the back of facing up against another athletic slasher, Padiet Wang, from the Surrey Scorchers. He can use his experience from facing Wang in an attempt to slow down the dangerous King.