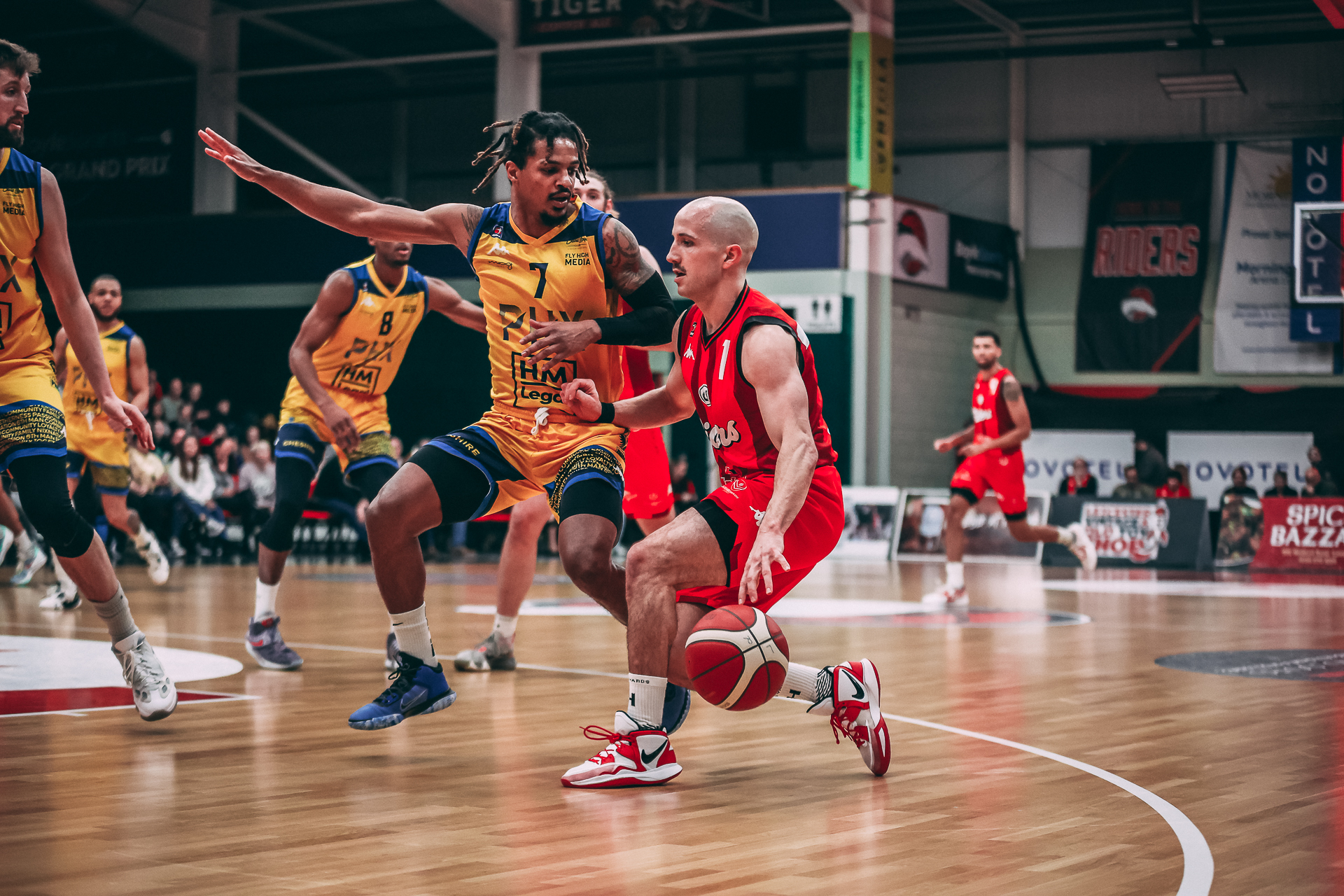 The Riders improved to 13-6 in the BBL Championship with a 100-82 home win against the Cheshire Phoenix.

Patrick Whelan led the game with 20 points, going 3-4 from three and 5-6 from the field. The Riders’ bench came up big in the game, with Conner Washington, Aaron Menzies and Jubril Adekoya all scoring in double digits.

A strong end to the third put the Riders in firm control of the game, which they led since midway through the first quarter. The Riders scored 100 points against the third-ranked defence in the league, shooting a red-hot 62% from the field.

For Cheshire, Larry Austin Jr. continued his hot form, scoring 19 points on 61% shooting. But the Phoneix defence could not slow down a potent Riders offence, which had seven double-digit scorers.

Former Rider Jamell Anderson maintained his hot hand to start the game, following his season-high 30 points in his previous outing. He drained his first two shots for five quick points, giving his team the early lead.

The Phoenix hit four threes in as many minutes, helping them to an early eight-point advantage. But the Riders found their feet defensively, stringing together consecutive stops before Zach Jackson tied the game up at 15.

To close the quarter, the Riders caught fire to burst out to a lead. They went on an 11-4 run in four minutes, led by threes from Whelan and Adekoya, to finish the first up 28-21.

Menzies started the second period with a bang, pulling down an offensive board and slamming it down, plus the foul. The 7’3” big man finished the first with a +/- of 10, demonstrating his impact on the game.

Leicester went on an 8-0 run, kickstarted by Menzies and finished off by an Adekoya three, as the Riders went up 15. The Phoenix responded with threes from Tahjai Teague and Marcus Evans to cut it to single digits, setting up a back-and-forth end to the half.

The Riders had the better of it, rebuilding their lead to 13 points by halftime, led by 10 points from Jackson. They held the Phoenix to two points in the final two and a half minutes and scored 29 points in the quarter for a 57-point half.

The teams traded blows to start the second half, scoring 10 each through the first four minutes. The Phoenix then found some form to cut into their deficit, as Larry Austin Jr. ran the fastbreak for four points to make it a seven-point game.

But Leicester finished the quarter strong, as Washington hit back threes to retake momentum. Menzies concluded the third at the free throw line, making it 77-65 going into the final period of play.

Marc Loving and Menzies took over the action to start the fourth, scoring eight between them to make it a 17-point lead. The Riders saw out the win professionally from there, led by five points from Jackson.

The Riders are set for a huge occasion in their next fixture, heading to the Utilita Arena Birmingham for the BBL Cup Final. There, they take on the London Lions, hoping to retain their Cup title from last season.