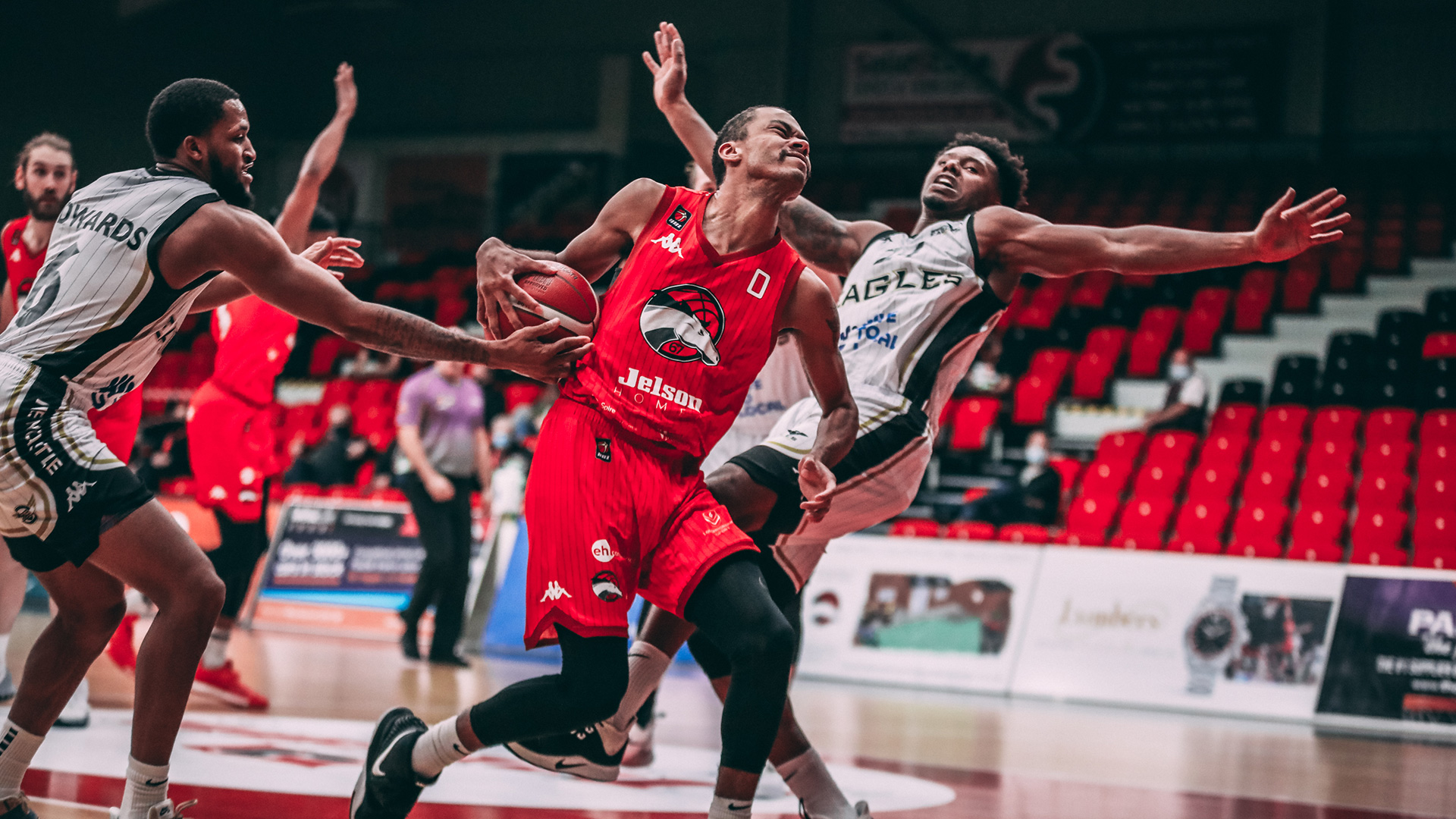 Riders fall to Eagles in a thrilling Season Opener

Leicester Riders lost out to Newcastle Eagles in their opening match of the season in the BBL Cup Group stages, 102-96 at the Morningside Arena.

The match was high quality shooting fest, with twenty three lead changes, and still the scores were tied on 96 with just under three minutes left, before the Eagles scored the crucial points to come out victors.

Both teams started on fire, with the game taking on the characteristics of a playoff battle, rather than an early season encounter. Riders point guard Geno Crandall was dazzling with his ball handling running the Riders offence with aplomb. Riders raced into a 6-2 lead, but a big three pointer Evan Maxwell pulled the Eagles back.

Zach Jackson fired a three back for Riders and then the game turned into a shootout, with Corey Johnson firing in a three, which Maxwell matched. Justin Gordon got in on the act with a three pointer of his own to claw the Eagles back to 12-11, but a three point play by Crandall took Riders 15-14 clear. Johnson has looked very impressive in Riders curtailed pre-season and that has earned him a starting place, and he hit another three, four of six he made in the first half, to give Riders a narrow 30-29 first quarter lead.

There was no let up in the second period as it started with three consecutive threes, with Eagles MVP guard Rahmon Fletcher now starting to assert himself. Riders keep pulling away to 4 point margin, leading 39-35, and then 41-37, before a Rex Pflueger three got the Eagles to within one, trailing 41-40.  Maxwell was continuing to cause Riders all sorts of problems with his size inside and he converted two three point plays to keep Eagles in it. Another Johnson three had Riders in front 55-52 with 1 minute 52 left, but a flurry of scores had the teams tied at halftime at 57 all.

Riders raced into an early 69-64 lead in the second half, but the Eagles then outscored Riders 5 nil to tie the scores again. Consecutive baskets from the classy Cortez Edwards got the Eagles in front 73-70 but Mo Walker was started to put his weight about under the basket, and Riders came roaring back. A William Lee three on the buzzer saw Riders with a 78-77 lead heading into the final ten minutes.

The game stayed close throughout most of the final quarter with a fine move by Darien Nelson-Henry edging Riders ahead and then a Zach Jackson three point play midway through the final period had Riders 92-89 in front. But Maxwell made some baskets down the stretch to help Eagles pull clear.

Corey Johnson was top man for Riders with 20 points, 7 rebounds and 4 assists, but Riders had five players in double figures, including Mo Walker with 11 points and 10 rebounds, a testament to his continued recovery from long term injury.