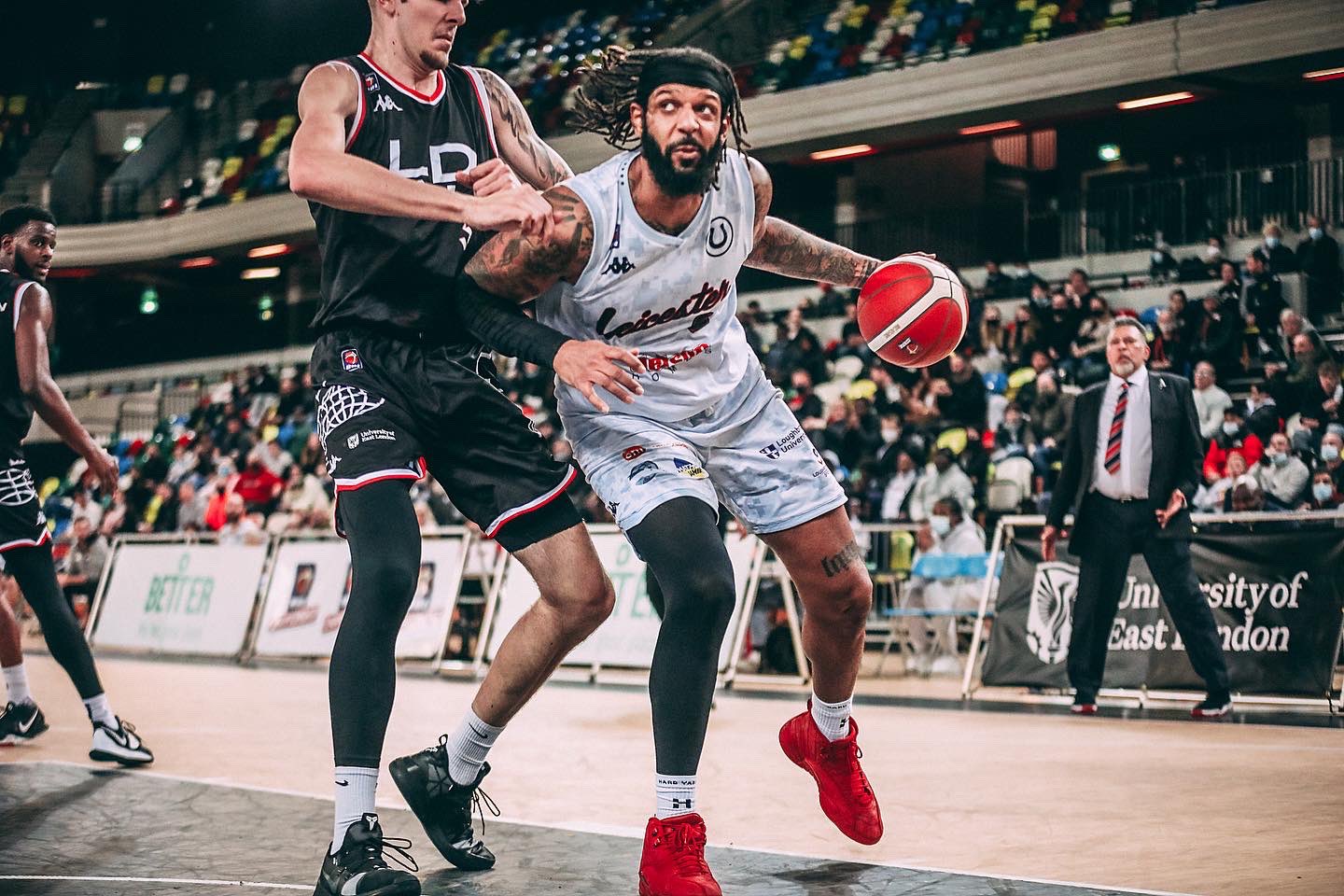 The Riders take a slight advantage into the second leg of the BBL Cup semi-final after beating the London Lions 99-96. Patrick Whelan continued his hot scoring form with 25 points to lead the game, going 6/7 from three.

Leicester led the game by as many as 23 points after winning the third quarter by 12. However, a spirited comeback from their opponents made it all to play for in the return fixture. The Riders had six players in double digits in a team effort, as their offence clicked to make 51% of their shots.

Dirk Williams led the Lions with 24 points. He and Italian sniper Lorenzo Cugini scored 46 between them to set up a thrilling second leg. London made 13 of their 27 threes and got to the free-throw line effectively late, going 5/7 in the fourth quarter.

Captain Darien Nelson-Henry returned to the Riders’ gameday squad after missing much of the start of the season due to injury. His solid display earned him 10 points in 15 minutes. Meanwhile, reigning MVP Geno Crandall had a double-double, scoring 11 points and dishing 10 assists.

Crandall came out hungry in a tightly contested first period. He showed off his elite playmaking ability to dish four of his assists in the first quarter, attacking the Lions’ defence and finding open teammates.

Whelan fed off Crandall’s passing, building off his Riders-high scoring performance in his last game with seven points in the first ten minutes. He led the game in the opening quarter, which the Riders finished up 31-25.

Three Lions threes early in the second pegged the Riders’ lead to one. Crandall reached deep into his bag to take the game over, driving into the midrange and making tough shots in traffic as the game went back and forth.

Ohio State’s Marc Loving capped off an 8-3 Riders run in the final two minutes of the half with a buzzer-beating three. His nine first-half points helped Leicester enter the locker rooms up 55-48, despite 20 from Williams.

Whelan caught fire in the third, building Leicester’s lead to 21 with eight straight points. Loving rode the momentum to produce the play of the game, lifting the roof of the Copper Box Arena with a monstrous putback jam over the hapless Julian Washburn. The Riders scored 33 in the third quarter to enter the fourth up 88-69.

With a fixture at the Morningside Arena still to play, the Lions showed fight to come back into the game, cutting the Riders lead down to a single point. Eight points from Cugini sparked the London momentum swing, as the hosts made it close ahead of the second leg.

Loving’s free throws with seconds left put the Riders up 99-96, setting up a compelling second tie. The next leg is in Leicester on the 30th of December.

Before then, Leicester will host their rivals in the Newcastle Eagles next Friday. A win improves the Riders’ record to 5-0 to start the year and will grant the Riders their second victory against the Eagles on the season.