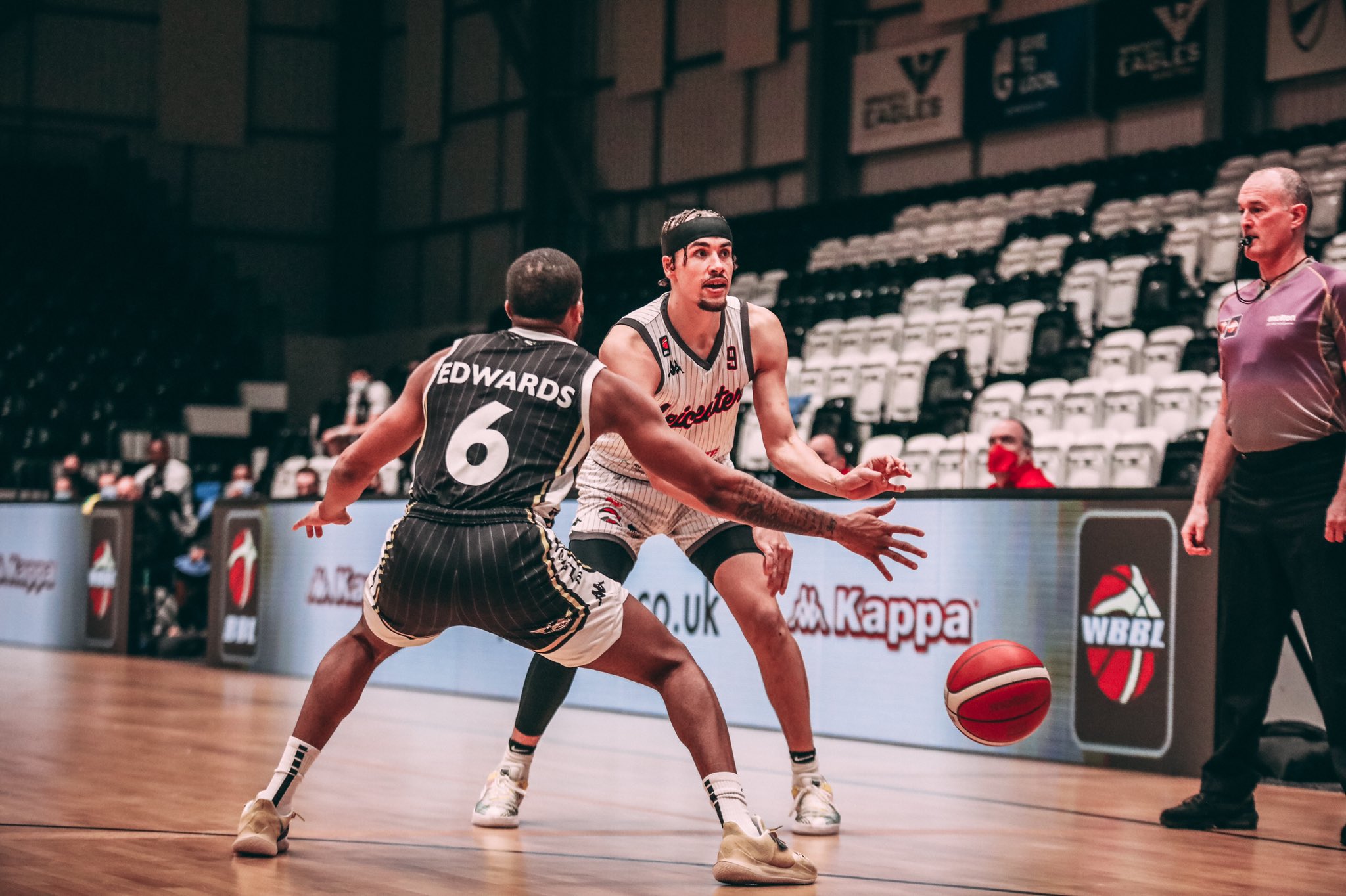 Riders defeat Eagles to get back to winning ways

Riders recorded their biggest win in Newcastle since 1991, as they beat the Eagles 99-73. Their team scoring saw them bounce back from last week’s loss at the buzzer, with seven Leicester players scoring in double digits to see them past their historic rivals.

A 14-4 run to end the third quarter, kick-started by a logo three by Geno Crandall, took the game out of reach, as a tremendous off-balance bucket off one leg from Conner Washington to end the third quarter stretched Leicester’s lead to 20. Washington led the team with 21 points off the bench, while ‘general’ Geno demonstrated why he possesses the BBL’s second-highest assist tally, dishing 10 on his way to a double-double.

Defensively, Leicester held the Eagles to 35% from the floor, as they locked down the number three ranked offence in the league. William Lee was the defensive anchor for Leicester, dominating the defensive end of the floor in the paint. Two huge blocks in the first quarter set the tone, swinging the momentum of the game which started on a knife’s edge in the Rider’s favour.

In spite of the Rider’s defensive efforts, Cortez Edward put up typically high numbers for Newcastle. The 6’2” guard, who represented Southern Missipippi in college, scored 18 in the game, grabbing 12 rebounds in the proccess.

The teams came out of the blocks guns blazing, shooting early and often. Just three minutes in, the sides combined for 8/12 from the field, taking shots early in the shot clock in a fast-paced affair. With the game tied at 11 apiece, Lee’s chase-down block on 16-year Eagles veteran Darius Defoe lit a spark in the Rider’s play, as they proceeded to go on a 9-0 run. The shot clock buzzer sounded for the first time in the game to bring the rapid first quarter to a close, with the Riders possessing a narrow lead, up 26-22.

To start the second, the Riders deployed a lineup rarely seen this season, utilising three big men. Aaron Falzon’s shooting ability from the power-forward position allowed coach Rob Paternostro to play a big lineup, without sacrificing spacing. Through high-level play from the Rider’s frontcourt, they stretched their league to double digits for the first time in the game, dominating the glass against the smaller Eagles lineup. Meanwhile, Lee and Ali Fraser carried the scoring load with 10 of the Riders 14 points to start the second.

Down 13 points midway through the quarter, the ever-dangerous Eagles kicked their offence into gear. Rahmon Fletcher, who recorded his fourth straight double-double in this one, carried the playmaking responsibilities, dishing seven of his team’s 10 first-half assists to cut the lead to four.

Despite the Eagles clawing the game back into reach, the teams went into the half with the Riders up 11. Mustapha Heron displayed the talents he brings to the Rider’s roster to reestablish their commanding lead, playing aggressively to get to the hoop with ease.

Attacking the rim, Heron added to his scoring total at the free-throw line, making all six of his foul shots by halftime. However, his biggest contribution to the game was his hustle and energy. The biggest demonstration of this came as the half began to come to a close,  running on the fast break to chase down a loose ball, before slinging it into the corner while falling out of bounds to find a wide-open Corey Johnson. Heron proceeded to get to his feet and sprint the length of the court, waved back by an animated Paternostro, to take the ball from Fletcher and steal his team a possession.

To start the second half, the teams picked up the lighting pace of the first quarter, with the ball swinging up and down the court like a pendulum. While both sides were chucking up a plethora of shots, they wouldn’t fall, as the Riders maintained their healthy lead.

With three minutes left in the quarter, and the teams having scored 25 points between them, Crandall got the lid of the basket in emphatic fashion nailing a three from the logo with the shot clock ticking down to give Leicester a 13 point lead. Crandall’s deep three was the jolt of momentum the Riders needed to put real distance between them and the Eagles.

A professional performance in the final quarter saw the game home for the Riders, as they kept the Eagles at arm’s length through efficient shooting. They made seven of their 13 attempts to close the game out, as Washington capped off his successful outing with 11 points in the fourth, and a basket after a smooth dribble move from Loughborough University student Justin Hedley finished off a historic win.

The win strengthens the Rider’s position at the top of the BBL Championship table, bolstering their record to 15-3. After a difficult three-game road trip, they will head home on Sunday hoping to further reinforce their league position against their league rivals, the London Lions.