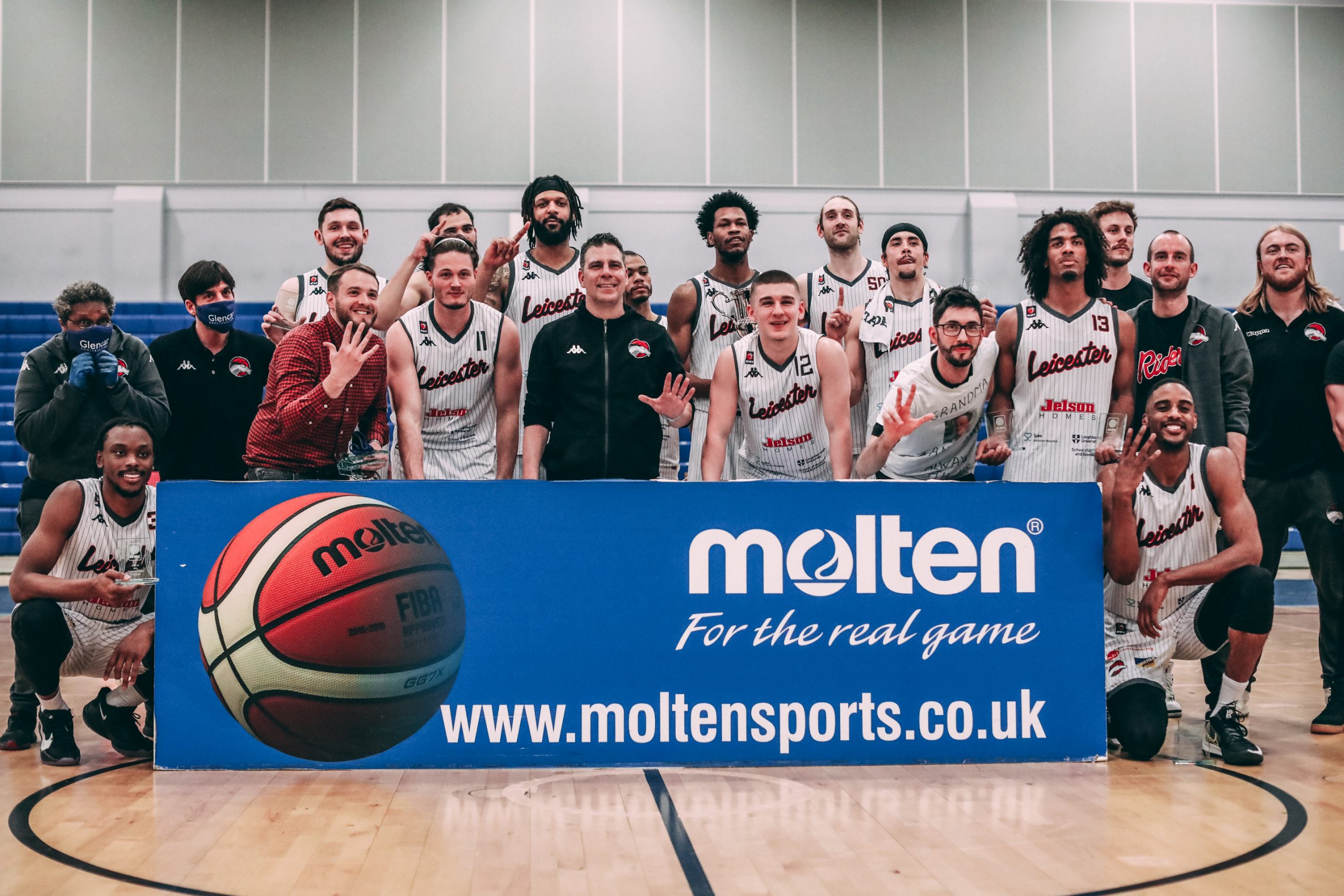 Champions! The Riders won their fifth BBL Championship title in eight years, dispatching the Cheshire Phoenix in a commanding 97-65 win. Led by a 19 point game from their captain, Darien Nelson-Henry, Leicester took a double-digit lead in the first quarter and never looked back, winning by their biggest margin of the season.

The Riders thrived under the pressure of a title-deciding tie, playing to the highest standard on both ends. They flexed their second-ranked BBL defence throughout, holding the Phoenix to under 17 points in each quarter. Executing their game plan to perfection, the Riders forced the league’s worst three-point shooting team to try from distance, walling off the paint with their BBL-best rim protection. The Phoenix failed to convert their three-point attempts, going 2-13 from deep and shooting 42% from the floor against the suffocating Leicester defence.

In typical fashion, the Riders had six players with double-digit points tallies, as they shot an efficient 56% from the floor. Geno Crandall put a cherry on top of his MVP calibre season with a perfect offensive game, going 5-5 from the field for 14 points and dishing eight assists. He dominated the tie, dazzling defenders with flashy handles and intelligent playmaking, leading the Riders confidently through a game with the highest stakes.

Winning his fifth title as Riders head coach, Rob Paternostro draws level with BBL legend Kevin Cadle for the second most championships in league history. With their defence and team-first basketball, the Riders put on a classic Paternostro display to secure the title, emphasising coach Rob’s importance to the franchise.

Crandall settled Riders nerves on their first possession, beginning with a bang. He split a double-team at the top of the key before taking flight and throwing it down right-handed. Crandall’s emphatic play sparked a plethora of Riders highlights in a commanding opening period.

In the first quarter, two William Lee dunks were the beginning and end of a 13-6 Riders run. He gave his team a double-digit lead to end the period with a tremendous slam in traffic. After a hard cut from the perimeter, Lee received a pass in-stride before rising high to throw the ball down over two defenders, putting the Riders up 25-15 at the end of the first.

The Riders built on their lead in the second quarter, with a nine-point contribution from Jamell Anderson. The Defensive Player of the Year candidate demonstrated his prowess on the offensive end with three buckets from range. After his three-point play on the previous possession, Nelson-Henry’s block on Kyle Carey ended the half with the Riders up big- 49-33.

Leicester picked up the second half where they left off in the first. ‘General’ Geno Crandall dictated the play with six points and four assists in the third quarter, leading the Riders with his passing and playmaking. His highlight of the period came with a minute left, after he pulled down a rebound with one hand, and in one motion, threw a full-court heave to Nelson-Henry. The fastbreak was finished off by Mustapha Heron, putting Leicester up 71-49. The game was in little doubt going into the final quarter.

Despite holding a commanding lead, the Riders kept their foot on the pedal on both ends of the floor to emphatically see the game out. They held the Phoenix to 14 points in the fourth quarter, as Conner Washington took charge of the offensive end with nine points. Anderson drained his fourth three of the game to stamp the seal on a league-winning season.

The win crowns the Riders league champions and secures them the first seed for the upcoming playoffs. Depending on the results, they will play the Flyers, Scorchers or the Giants in the first round. In the meantime, the Riders players, staff and fanbase can celebrate a tremendous season of Riders basketball.