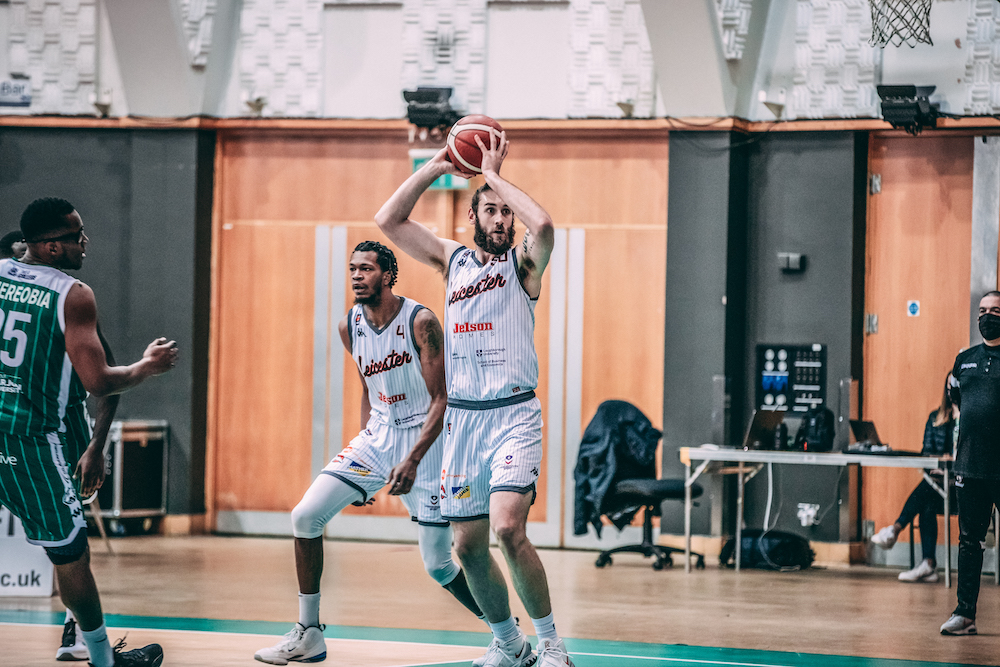 The Leicester Riders head down to the South West to take on the Plymouth Raiders for the second time in just over a week as the Riders look for a record breaking victory over the Raiders.

In their previous game, the Riders disappointingly exited the BBL Cup in the semi-final, in a close-fought game against the Newcastle Eagles. They now turn their attention back to the BBL Championship, where they sit third with three games in hand on the leaders. Leicester currently hold a 4-1 record, bouncing back from their only loss by beating the Plymouth Raiders 77-71. Geno Crandall continued his emphatic start to his debut season for Leicester, with 19 points, seven rebounds and five assists. Crandall, who took North Dakota to the NCAA tournament as a sophomore in college, has averaged 20 points through his last four games and will look to continue his good form in this one.

Starting their season 5-1 to top their BBL Group, the Raiders enjoyed a successful start to their 2020-21 campaign. Subsequently, they were knocked out of the competition by the London Lions, but have equalled last season’s points tally of six in the BBL Championship after just eight games. Plymouth have kept their games competitive, with each of their five losses finishing within single digits. However, despite the hot start to the season, the Raiders enter this game in the midst of a cold streak, losing four of their last five games. Their most recent game was the first of a back to back against the Riders, which they lost 77-71. Mike Morsell led the team’s scoring effort in his debut for Plymouth with 26 points, after averaging 15 points a game with the Newcastle Eagles last season.

Earning Premier Logistics player of the game in his last two matches, Geno Crandall is on red hot form going into this tie. ‘General Geno’ has merited his nickname early in the season, leading the Riders in assists per game with five. His ball-handling is second to no-one in the BBL, allowing him to create offence for himself and his teammates by driving to the hoop and finishing at the rim, or using his elite passing ability to find an open teammate. In the pick and roll, Crandall uses screens masterfully, before exploiting the mismatch on larger defenders or dishing to the cutting screener. However, he is at his most dangerous in transition, using his speed and vision to attack the recovering defences. With the like of high-flying forward William Lee running the floor alongside him, highlight plays are a near guarantee when Crandall runs the fastbreak.

Mike Morsell played his first game for the Raiders in their most recent game, showcasing the talent he brings to the South coast right off the bat. He had 26 points and seven rebounds, draining five threes in the process. After playing four years in the NCAA division one for Towson, averaging 14 points a game, Morsell signed his first professional contract in Finland’s first division, to play for Kobrat, before moving on to the Newcastle Eagles. He averaged 15 points per game for the Eagles before the season was cut short. Morsell is a great three-point shooter, averaging 40% from deep last season. This opens up the lane for him, where he uses his strength and quickness to get to the rim and finish through contact. Morsell has made an immediate impact on the Raiders, and his scoring from the wing will help them build on their 3-5 record.

This game is the second of a back to back, with the Riders taking the first 77-71. The win tied the BBL record for a head-to-head winning streak, making it 30 on the bounce. Geno Crandall filled up the box score from the point, getting 19 points, seven rebounds and five assists. While he only shot 33% from the field, Crandall made 10 of his 12 free-throws to earn him the player of the game award. Meanwhile, Mike Morsell showed out in his first game for Plymouth, scoring 26 points and grabbing 7 rebounds. The Riders will hope for a win in this one to make it 31 consecutive wins against the Raiders, breaking the BBL record.