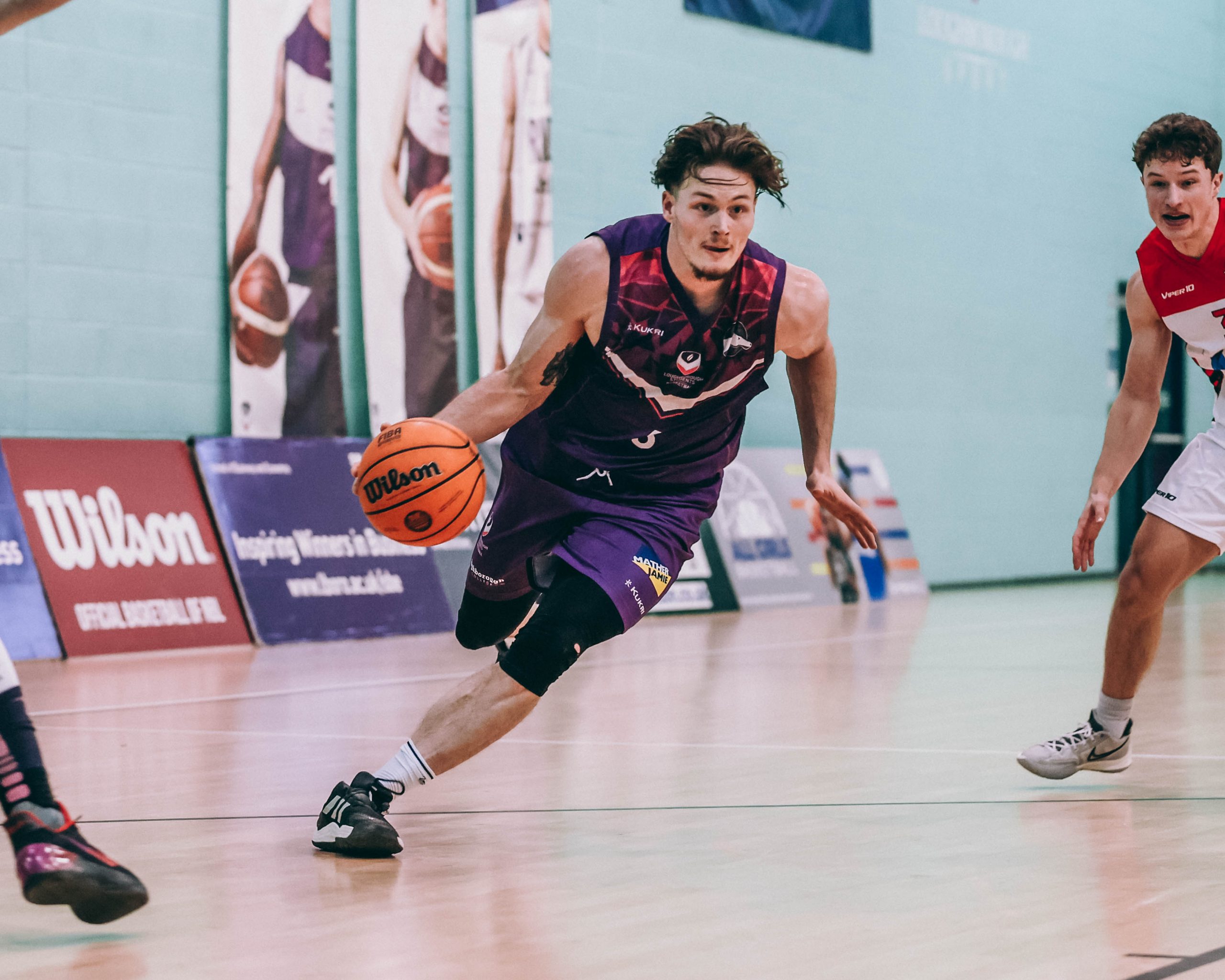 Sunday’s game saw the Loughborough Riders take on the Leicester Warriors in a high scoring, high octane match. Both teams gave it their all as the Riders pulled through and won the game 101-94.

Right from the tip it was evident it was going to be an intense game. Both teams were quick to push the ball in transition and attack the paint in their set offense. It was a prime example of the phrase “good defense, better offense”

Each team took turns exchanging the lead, but it was the Riders who pulled ahead by stellar three point shooting to take a 1 point lead as both teams displayed their dynamic scoring as they entered the second quarter 33-32 for the Riders.

In the Second the Riders managed to maintain a small lead over Leicester, not letting them get the lead once in the second corner, but Leicester was right there always within 2-3 points of the Riders. Both teams cut their rotation short knowing this was going to be a tight game.

The First half was all about tempo and being able to capitalize in transition. Though the Riders were outrebounded by the Warriors they forced 16 turnovers and was able to use those extra chances to gain an advantage come halftime where they led 55-53

Going into the third it was no time for the Riders to be comfortable, the Warriors were right at their heels and ready to pounce. The Riders remained calm, and opened the second half with a 12-0 run against the warriors. Holding them scoreless for the first 4 minutes of the third quarter.

The Riders now held a modest 65-56 lead after the Warriors hit a three to end their drought, but the Riders continued to go basket for basket with them and maintain their lead. With an emphasis on team play and coordinated defense the Riders held a 78-63 point lead going into the fourth.

In the fourth the Warriors came out quick, needing to score quickly and gain momentum to try and have a chance to win the game. But the Rider’s defensive schemes held them back despite them still managing to close the gap from a 19 point deficit to only 10.

Huge credit to the Riders for keeping a level head and remaining calm to hold their lead and ultimately win this game. The fourth was highlighted by brilliant perimeter shooting and smooth drives to the rim for the Riders along with their outstanding defense. Warriors’ Van Turner and Riders’ Evan Walshe both scored 26 points as the leading scores of the game. But with 5 Riders with double figures they won this game as a team 101-94.

The Riders proved themselves yet again on both ends of the court, leaving it all out on the court as they controlled the tempo of the game along and out playing the Warriors on the hustle stats. It was hard fought, and a well earned Victory for the Loughborough Riders.