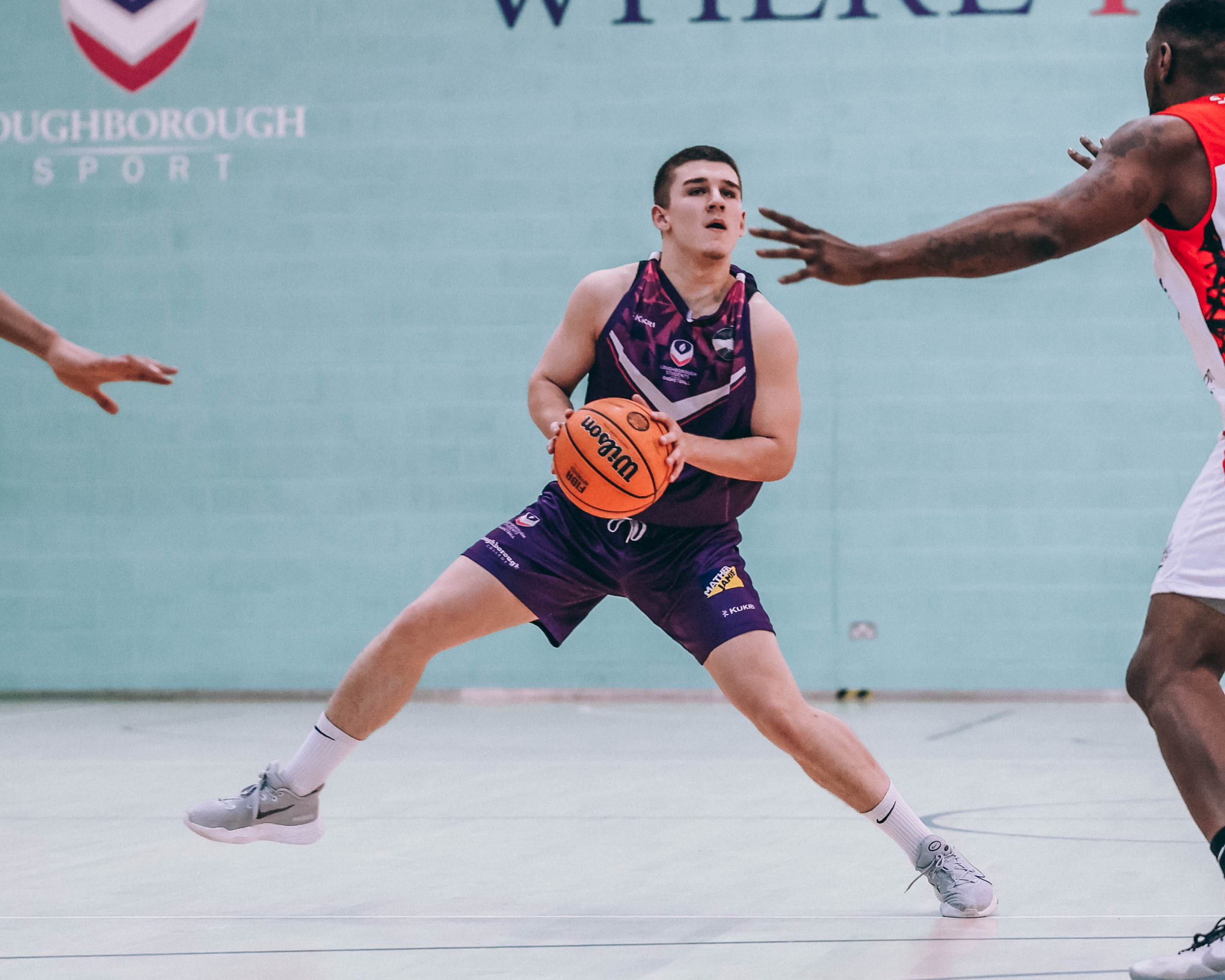 Saturday saw a contested contest between the Loughborough Riders and Newcastle University. Both teams put on a gritty display of heart, but it was Newcastle that managed to get the edge and win 93-87.

The first quarter was a battle between Newcastle’s ability to attack the paint and the Riders stellar perimeter shooting. Both teams took turns going back and forth at one another with a total 6 lead changes in the quarter.

For the Riders, it was Milo Gordon who poured in 3 of his 7 3 point shots in the first quarter. For Newcastle it was a more balanced effort as they focused on attacking the paint and dishing to the perimeter for open 3 point shots.

After a long back and forth quarter Newcastle sat on top with a 25-23 point lead, but the Riders were on their tail and didn’t plan on going quietly. Going into the second it again was high energy, quality basketball displayed by the two teams. Attacking each other inside, making their three’s and remaining competitive.

Big plays by Conroy Hayden and Greg Wild helped the Riders regain control of the game in the second. Now with a more balanced effort of attacking the rim and capitalizing from the perimeter the Riders were able to take a 4 point lead going into the half 44-40.

Coming into the second half both teams were looking to take an advantage and make a run to build a sizable lead. However both teams remained strong and continued their back and forth battle. Newcastle’s Brandon Federici and Riders Milo Gordon went at each other from beyond the 3 point arc knocking down jumper after jumper.

But as the third quarter came to its end it was Newcastle who found themselves back on top behind the efforts from Brandon Federici and Ronald Blane. The Riders however were still in striking distance only trailing by four going into the fourth quarter. 65-61 for Newcastle, but it was still anyone’s game.

The fourth quarter commenced and immediately the riders struck the first blow, a quick three from Dwayne Orija cut Newcastle’s lead to 1, but they managed to keep the Riders behind by 2-3 points until 6 minutes left in the quarter while the Riders stole back the lead.

Both teams continued to go back and forth, trading layup for layup, three for three and both teams refusing to take their foot of the gas. But Newcastle had managed to pull ahead 6 points with 1:37 left to play. The Riders didn’t give up and hit two quick 3 pointers to once again tie with 49 seconds left to play.

Newcastle came down and hit a layup with 34 seconds to play, however the Rider’s couldn’t answer and were forced to foul to stop the clock. Newcastle went 4-4 from the free throw line in the final seconds of the game and managed to hold the riders off and win 93-87.

A tough loss for the Riders but they continue to keep their chins up high and carry on after an honorable effort.