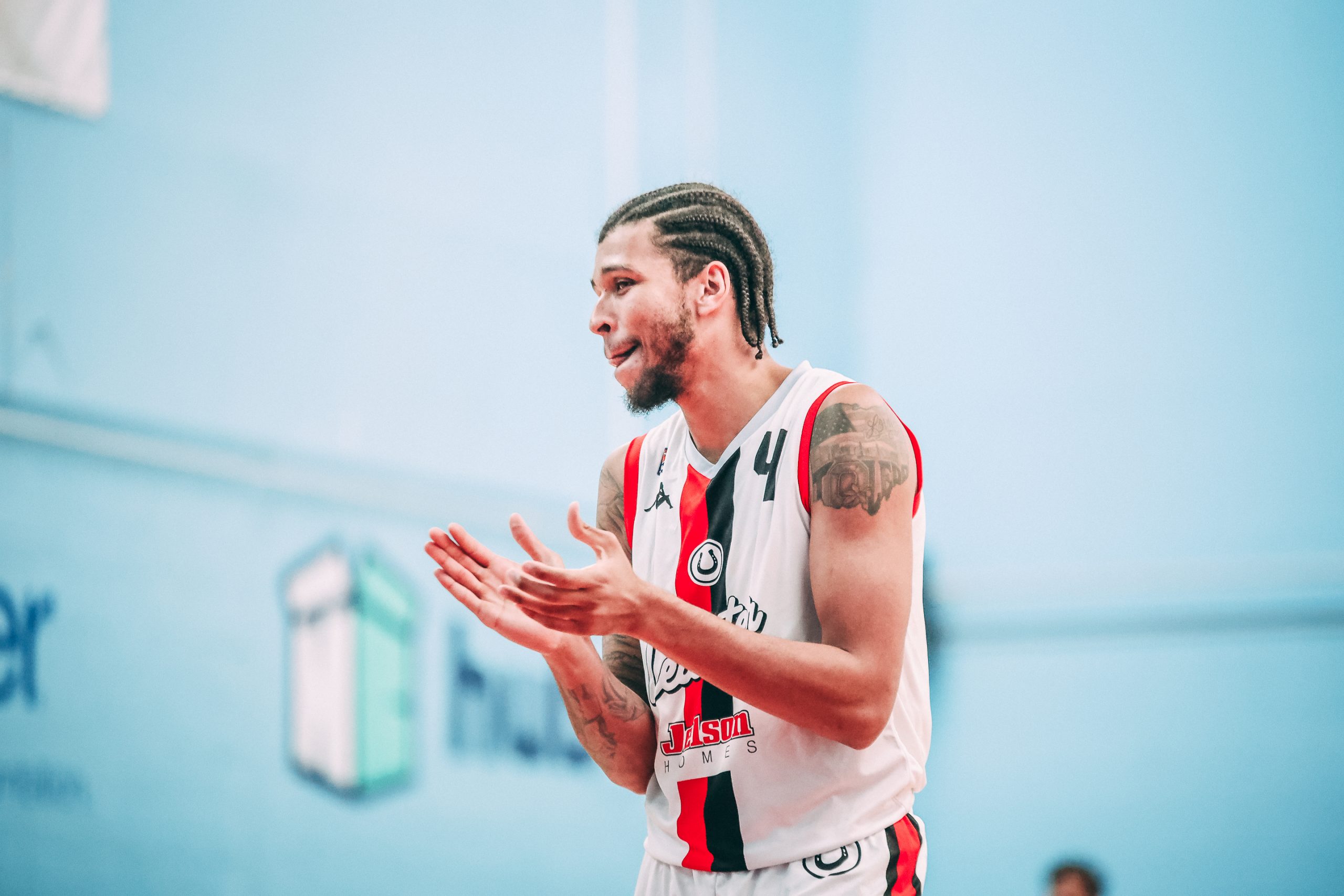 The Riders host their season opener for the 2022/23 season following a three-game road trip to start the season. They take on the Manchester Giants, who have won four of their first five games this year.

After spending their first three games on the road this season, the Riders return to the Morningside Arena to face the Giants. They went 1-2 through the opening three games, and are hoping to get back to .500 in this one.

Their previous game was a close loss to the undefeated Bristol Flyers, which finished up 91-85. The game was within a possession throughout most of the final period, but the Flyers found late momentum to win the tie.

Mo Walker’s 16-point performance was key to the Rider’s successes; the big man made a significant impact down low after a slow Leicester start. Derryck Thornton also enjoyed a 16-point effort, leading the team for the second straight game.

Through three games, the Riders have leant on their offence, scoring the third most points in the BBL. They’ll need to be at the top of their game against Manchester, who have acquired a squad of elite defenders.

A new era in the North West

The Giants saw significant changes to their franchise over the offseason, as they look to take a leap towards challenging for silverware this season.

They made moves for two legends of the British game, as esteemed head coach Vince Macaulay took charge at the helm, and two-time MVP Rahmon Fletcher made the move from Newcastle to run the point.

Joining Fletcher in the backcourt is 16-point-per-game scorer Dirk Williams, who made his name as one of the league’s elite last season with the London Lions.

Some former Riders return to the Morningside Arena, as William Lee and Corey Johnson will suit up in Giants’ colours after winning the league in Leicester in 2021. But it’s American rookie Tahj Green who is setting the tone in Manchester healing into this one, scoring 21.2 points per game and setting the league alight with a monster dunk in his previous game.

Early in the season, the offseason moves have been a rousing success for Manchester, as they won four of their first five games to put them third in the league table. They will hope to continue their red-hot form with a win in Leicester.

The two-time MVP comes to Leicester, as new Giants’ acquisition Rahmon Fletcher will run the Manchester point. The Newcastle Eagles legend traded the North East to the North West this offseason, after leading the BBL in assists last year.

With a plethora of elite options at his disposal, Fletcher has continued to run the show in new colours, dropping 10 assists per game so far this year.

Lining up against him is another new signing, Leicester’s Derryck Thornton, who burst onto the scene in his first two BBL games. Thornton has led the team in scoring in both of his Riders appearances, averaging 18 points per game.

The California native averaged 18.4 points and 5.4 assists per game in the Austrian first division last season, playing for Kapfenberg Bulls. He set the league alight with his flashy handles and electrifying dunks, attacking the rim to set up plays for himself and his teammates.

The battle in the backcourt may end up as the key to the game, as both point guards are capable of exploding for monster performances any given night.

Tickets are available to purchase here, or on the door before the game, but are expected to sell out quickly.

The fixture will also be streamed on the British Basketball League YouTube channel.