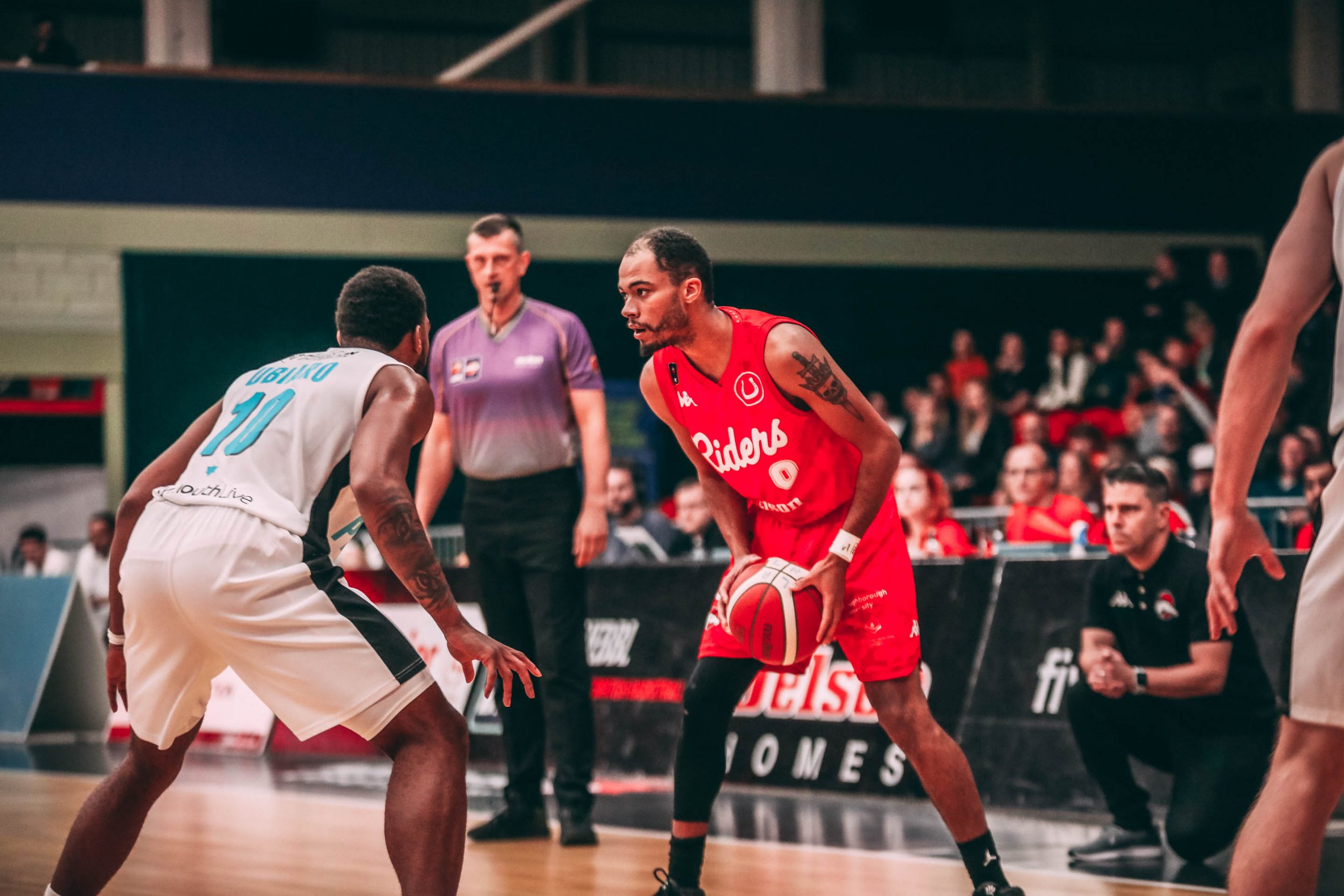 The Riders kicked off their season in style, cruising through their BBL Cup group with a 6-1 record. After an opening day loss to the Bristol Flyers, Leicester won six on the bounce, including a statement win to hand the London Lions their first loss of the season. Their most recent game was a composed 81-64 victory at home to the Plymouth City Patriots, in which the Riders led from the opening quarter. Ohio native Marc Loving led the Riders with 20 points, the BBL’s most efficient three-point shooter (on over 25 attempts) going four of seven from behind the line. Leicester have dominated both ends of the court, possessing the league’s best offence and defence. They scored 90.3 points per game through the BBL Cup group stage, and gave up just 74 points. In addition, they have been red hot from three, knocking down a BBL best 42% of their attempts, contributing to the league’s most efficient offence, which makes 48% of its field goals. Led by last season’s MVP Geno Crandall’s 17 points and eight assists a night, the Riders look in solid contention to retain their BBL Championship title.

The Eagles defence of their BBL Cup title ground to an early halt, as they started their season 1-7 to crash out of the group stage. They enter this fixture on a four-game losing streak, enduring their worst start to a season in 22 years. The Eagles have been ravaged with injury problems early in the year, only listing seven players for their recent 99-84 road loss to the Cheshire Phoenix. While Newcastle’s offence, the third-best in the BBL, has been firing nicely with 86 points per game, their defence has been the root of their struggles this season. They give up a league-worst 90 points a night, their defensive inefficiencies highlighted by their 38 point loss to the
Manchester Giants. The Eagles gave up 111 points in the tie, allowing their opponents to shoot 66% from the field. They will hope to patch up holes in their defence before facing the best offence in British Basketball on Friday.

Earning Premier Logistics Player of the Game in his previous fixture, Jubril Adekoya has stepped up in the clutch since singing for the Riders. He and Loving scored 14 of Leicester’s 16 fourth-quarter points against the Patriots, Adekoya registering a season-high 16 points and three steals. The 6’7” forward has stepped up to play at center in the absence of Darien
Nelson-Henry, demonstrating his ability to play multiple positions. The Valparaiso graduate spent the last four seasons in the Spanish second division, after averaging 8.6 points and five rebounds as a senior in college.

Former Rider Corey Johnson has gotten off to a hot start to his Newcastle tenure, putting up 17 points, six rebounds and two steals a night. The 6’5” sharpshooter out of Harvard College has played all eight Eagles games so far, after averaging 11 points for Leicester last year. Johnson gained experience with the Canadian u19s team, and is capable of going off for a big performance any given game, scoring 20 on four occasions last season.

The teams last met in last year’s BBL Playoffs, the Eagles coming off the better of the two sides on this occasion. Newcastle won the second leg 69-88 after a close first leg, going on to beat the Lions in the playoff final. Darien Nelson-Henry put up a solid performance for Leicester, getting a double-double with 13 points and 11 rebounds.

Tickets are still available to support the Riders in the BBL Championship opener, CLICK HERE to book yours.