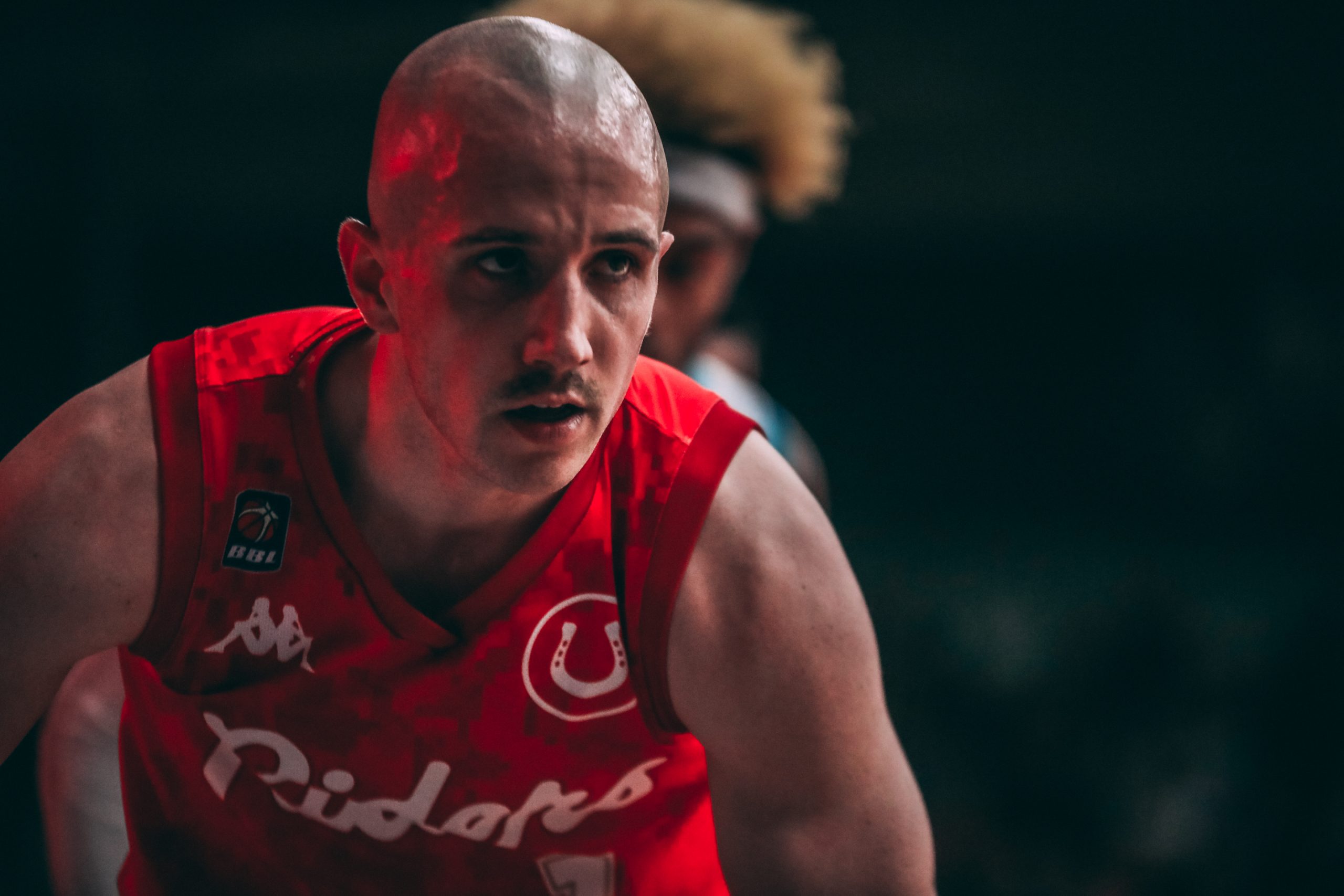 The Riders face the Plymouth City Patriots in the BBL Playoff quarter-final, the second of two legs. The first leg was played in Plymouth, an 86-71 Riders win. The return fixture is at the Morningside Arena, tipping off at 4pm on Sunday.

The Riders locked up the one-seed with five games to spare, winning the BBL Championship by a franchise-record 16 point margin. Leicester earned their 25-2 record with the BBL’s best offence and defence, making them the third team in BBL history to lead the league in points scored and conceded. They put up 91 points per contest while giving up 72, dominating on both ends.

To tip off the postseason, the Riders put in a dominant away display against Plymouth. Despite a difficult shooting start, Leicester kicked into gear through the final three quarters, shooting 50% from the field and 40% from three in the game.

Patrick Whelan kicked off his postseason campaign with 19 points and seven rebounds, while Geno Crandall’s six-point fourth quarter sealed the first-leg advantage. The win was the Riders’ 37th straight against Plymouth, a streak dating back to December 2012.

Having won the BBL Cup and the league title earlier in the year, the Riders are going for their fourth-ever treble in the playoffs. With a commanding lead going into the second leg, they will look to continue their red hot home form to secure a spot in the semi-finals.

After a 0-8 start to the season, a Patriots’ miraculous turnaround earned them a playoff place, going 12-7 since. A dramatic “win or go home” game against the Newcastle Eagles, with the winner taking the final playoff spot, secured 8th place for Plymouth.

They jumped out to a hot start to their postseason, forcing an early Riders timeout with a 10-2 run to start the game. But they left themselves with work to do in the second leg, as the Riders came back to take a 15 point lead by the final buzzer.

Kent State point guard Troy Simons led the team with 16 points, while his backcourt teammate Anotnio Williams put up 15 points, nine assists and 5 rebounds in a stat sheet stuffing performance. The Patriots’ offence struggled for consistency against the BBL’s best defence, shooting 44% from the field and going 4-16 from three.

A monumental turnaround is needed to get Plymouth back into the tie, as they attempt to make the second round in their first season as a franchise.

Scoring ten straight Riders’ points to end the third quarter, Zach Jackson played a pivotal role in building the Leicester lead in the first leg. The Omaha graduate finished with 14 points, going 5-7 from the field in the win.

Jackson averaged 18 points per game in his senior year at Omaha, before the Kansas born small-forward progressed to the Ukrainian league in his first pro season. Jackson is playing in his second Riders season and averaged 10 points per game this year.

An elite scorer, Jackson is a threat from anywhere on the court, able to make big plays at the rim and score efficiently from deep. He is capable of exploding for monster performances, with a season-high of 28 coming against the Bristol Flyers earlier in the year.

With his defence, scoring and team-first attitude, Jackson is the epitome of what makes Rob Paternostro’s side the BBL’s premier outfit.

In his third Plymouth season, Rashad Hassan has been on a tear, having averaged a monster 17.3 points and 7.4 rebounds this season. He enters this game after dominating down low in the first leg, putting up 15 points and seven rebounds.

Hassan is a former Rider, who played his first two pro seasons in Leicester. He averaged 18 points a game in his second season, before going on to play for the London Lions and Rueil in the French third division.

Hassan averaged 19.2 points per game in his first two Plymouth seasons and helped them to 21-9 record last year. His contributions towards winning are needed now more than ever for the Patriots, as they look to make a comeback against the league champions.