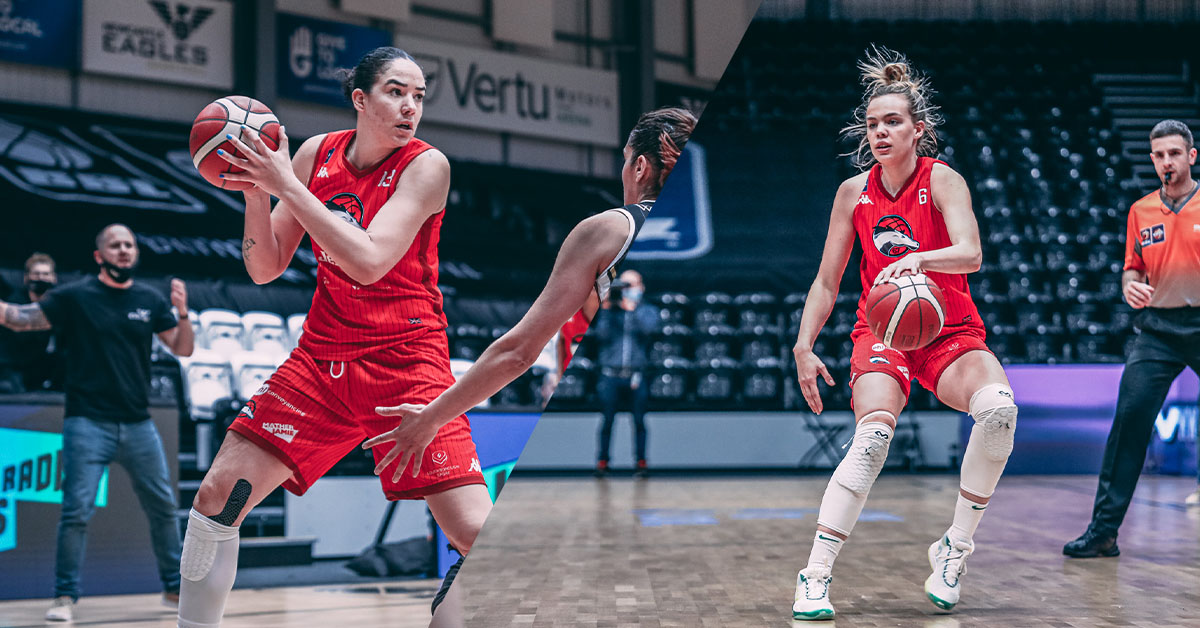 Holly Winterburn and Azania Stewart are voted in the Molten WBBL All-British Team of the Year.

Winterburn was unanimously voted in by the WBBL coaches and is the youngest to make the team. The captain continually filled the stat sheet with an outstanding 36 points against BA London Lions and a near triple-double with 16 points, eight rebounds and eight assists in the WBBL Cup final against Sevenoaks Suns. To finish the season, the GB guard led the Riders with 14.9 points, 6.2 rebounds and 2.1 steals and was second in total rebounds with 7 rebounds per game.

Stewart was an excellent new addition as she brought both experience, leadership and post-play to the Riders. The GB Olympian came out of retirement effortless as she averaged 10.9 points, 8.8 rebounds, and 2.9 assists per game. Stewart had two standout performances against the league leaders, Sevenoaks Suns, with a near triple-double of 12 points, 7 assists and 8 rebounds and a season-high 18 rebounds.

Head Coach Jesper Sundberg commented: “Winterburn and Stewart have performed at a high-level on both ends of the court. Holly grew her game this year as a facilitator and stepping up vocally for the team. Azania came in late and worked her way in to a leading role. She was a constant threat around the rim and a defensive anchor in the paint.”

Congratulations to all the players that were selected for this team, especially Winterburn and Stewart for representing the Leicester Riders!