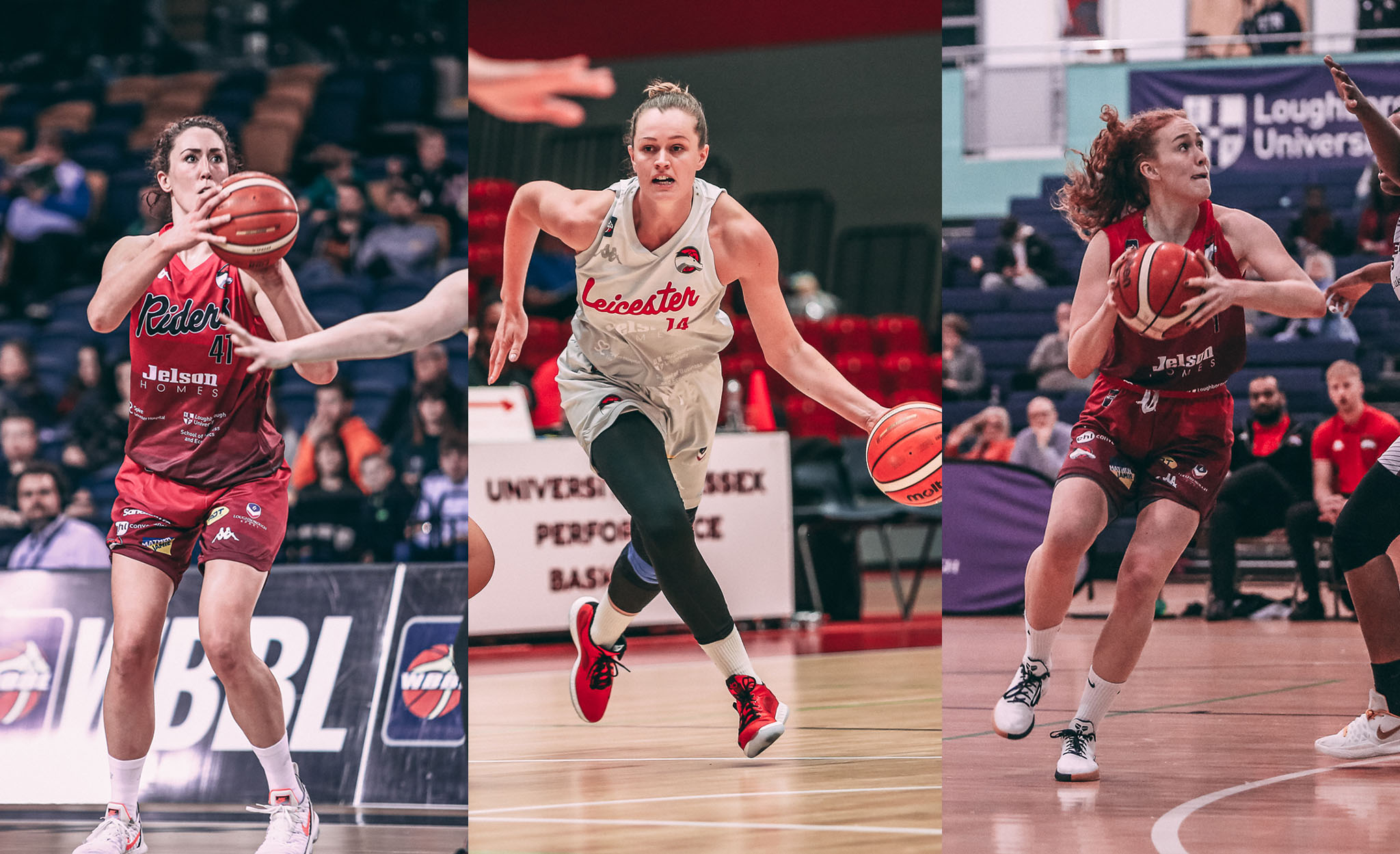 Oliver, Gaskin and Hinriksdóttir return to the Riders.

Kate Oliver, Christina Gaskin and Sara Hinriksdóttir return to Riders for the 2020-21 season as they finish their masters with the Loughborough School of Business and Economics.

Kate Oliver enters her fourth season in the WBBL. The Australian Center asserted her presence in the league by averaging 15.9 points, 9.3 rebounds and 1.7 blocks per game. The 2x Trophy MVP had eight appearances in the weekly All-Star Five.

“I want to enjoy the season, making the most of the opportunity to be back on the court and building team camaraderie with a new squad,” said Oliver. “As we have experienced, it can all be taken away in an instant, so capitalising on the time we have on court and with each other is going to be paramount this season.

“It’s a shame last year’s squad didn’t get to reach its full potential but I am excited to see what we can do this season.”

Christina Gaskin brought energy, versatility and athleticism to the Riders. Last season the GB forward averaged 5.3 points, 5.7 rebounds and 2.8 assists during the WBBL Championship and appeared twice on the weekly All-Star Five.

“Last season we were very competitive and although I’m grateful that we got to finish on a high, I  feel like we have unfinished business”, commented Gaskin.

“I’m excited to defend our title and build upon last year with new faces and dominant returners”.

Sara Hinriksdóttirr had a strong 2019-2020 season for the Riders after averaging 16.9 points and 6.1 rebounds during the WBBL Championship. The Icelandic guard earned the 2020 WBBL Trophy Final MVP award after leading the Riders with a game-high 23 points as well as 7 rebounds.

“I’ve been itching to be back playing and compete again,” commented Sara. “I’m excited to pick up where we left off and help build a quality team in the league.”