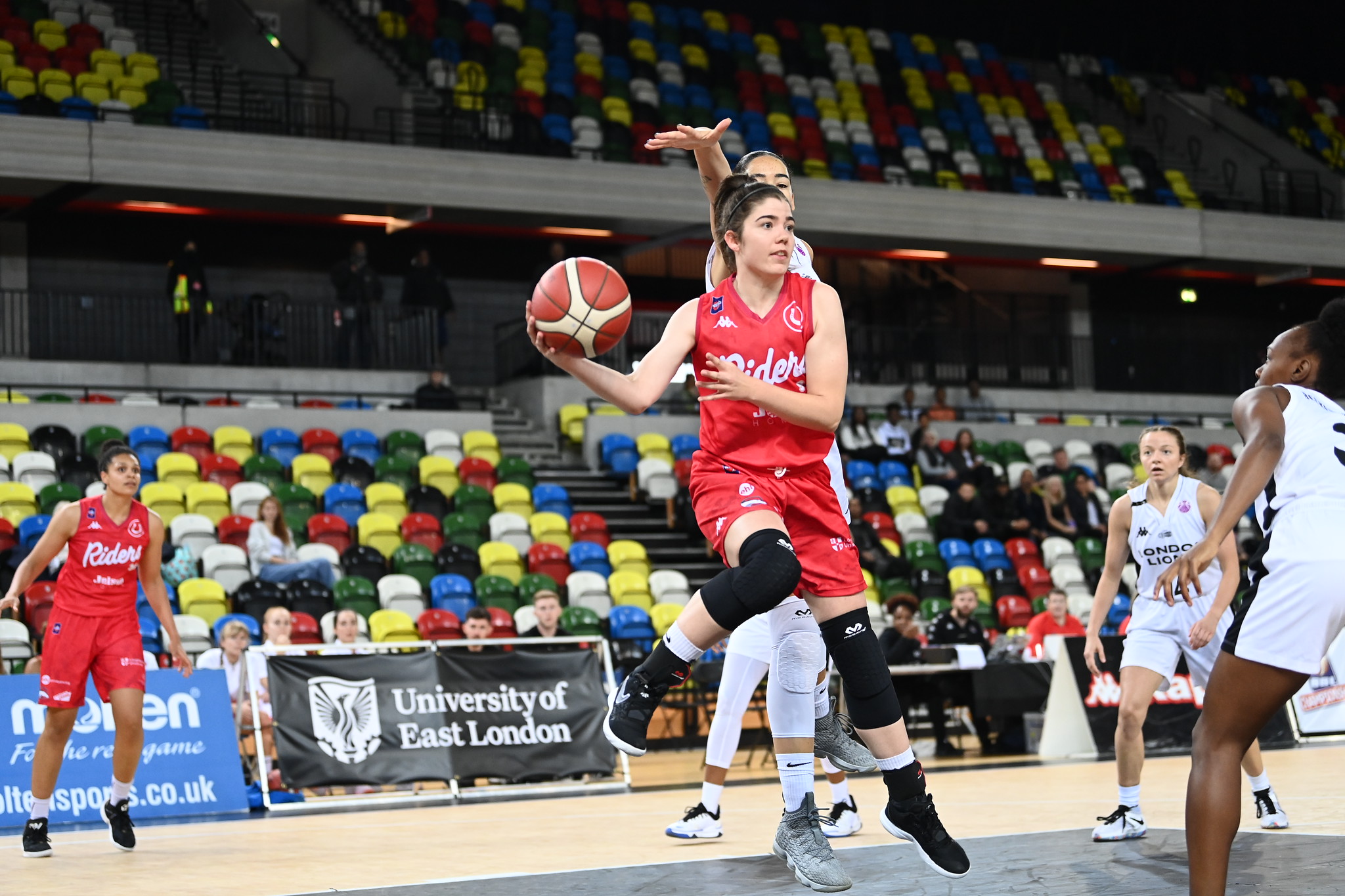 Leicester Riders produced an astonishing second half comeback on the road to beat the Newcastle Eagles 59-51 in their WBBL Championship encounter.

Playing short handed the Riders showed tremendous character and togetherness as they turned around a 12 point half time deficit to win the second half by 20 points.

A victory looked highly unlikely as the Eagles took advantage of a stuttering Riders offense in the first half. The Eagles jumped out to an early lead with at 10-2 run including 8 points from former Rider Ebony Horton as the Riders were held to just 5 first quarter points.

The second quarter followed a similar pattern as the Riders couldn’t find any fluidity on the offensive end and the hosts extended their lead to 28-16 at the half.

Riders sparked into life in the third quarter led by an inspired display by Hannah Robb. It was her two quick three’s either side of buckets by Oceana Hamilton and Katie Januszewska that saw the Riders begin to claw things back with an 8-0 run.

Another 10-2 run at the start of the fourth quarter saw the Riders hit the lead for the first time. This time it was Louise Rouse who was the catalyst as she connected twice from distance as the Riders made a game changing charge. Eagles seemed unable to respond as Riders poured in 25 fourth quarter points to gain a morale boosting win and move to 2-2 in Championship play.

Robb led the Riders with a courageous 23 points, 8 rebounds & 5 assists. Makana Stone & Januszewska both had 10 points, while Oceana Hamilton scored 8 points to go with her 13 rebounds.

Riders are back at home this Saturday as they host the Caledonia Pride under the stewardship of new head coach Marg Jones.