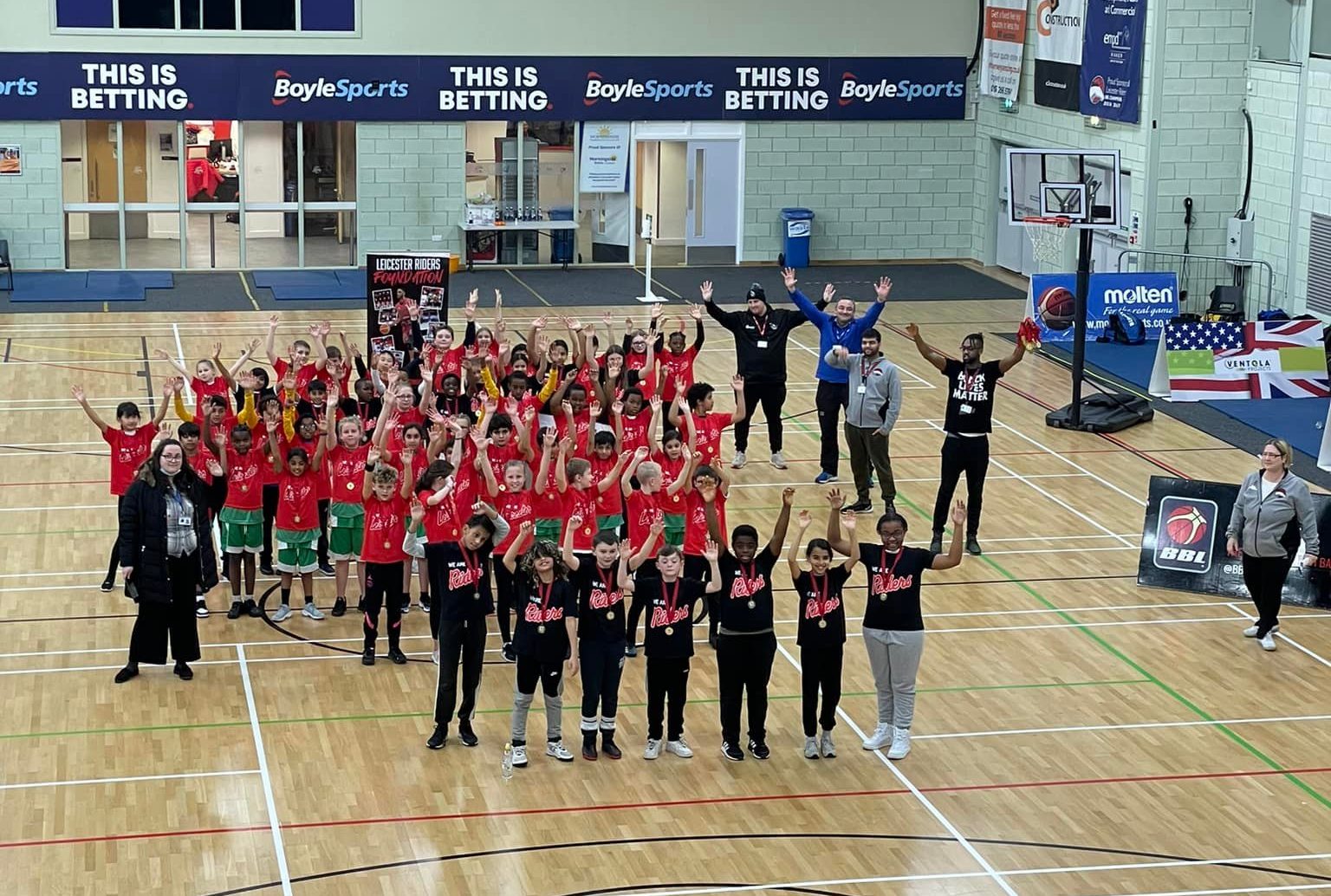 On Monday, the Foundation hosted the Primary Schools Tournament at the Morningside Arena.

The event was held for Year 5 and 6 students at Taylor Road, Richard Hill, St Mary’s, Fosse Mead and Hope Hamilton School, who bought two sides, all schools across Leicester.

The tournament was played in a round robin format, with all teams coming up against each other once, with the team with the most points at the end of the day taking the title.

All teams gave their all throughout the day, with the red team from Hamilton Hope emerging victorious, closely followed by those from Taylor Road.

Jim Smith, a teacher from Richard Hill, said: “It’s a great opportunity for all of them. Obviously, we didn’t get to do this sort of thing last year, but it’s good to get back out, especially at such a great venue.

“None of them have actually played basketball competitively before, so it’s good to see them enjoying it and having smiles on their faces.”

Now that everything is back up and running after lockdown, this is an event that we hope to hold at the Morningside Arena every year, continuing to promote basketball to young people across Leicestershire.