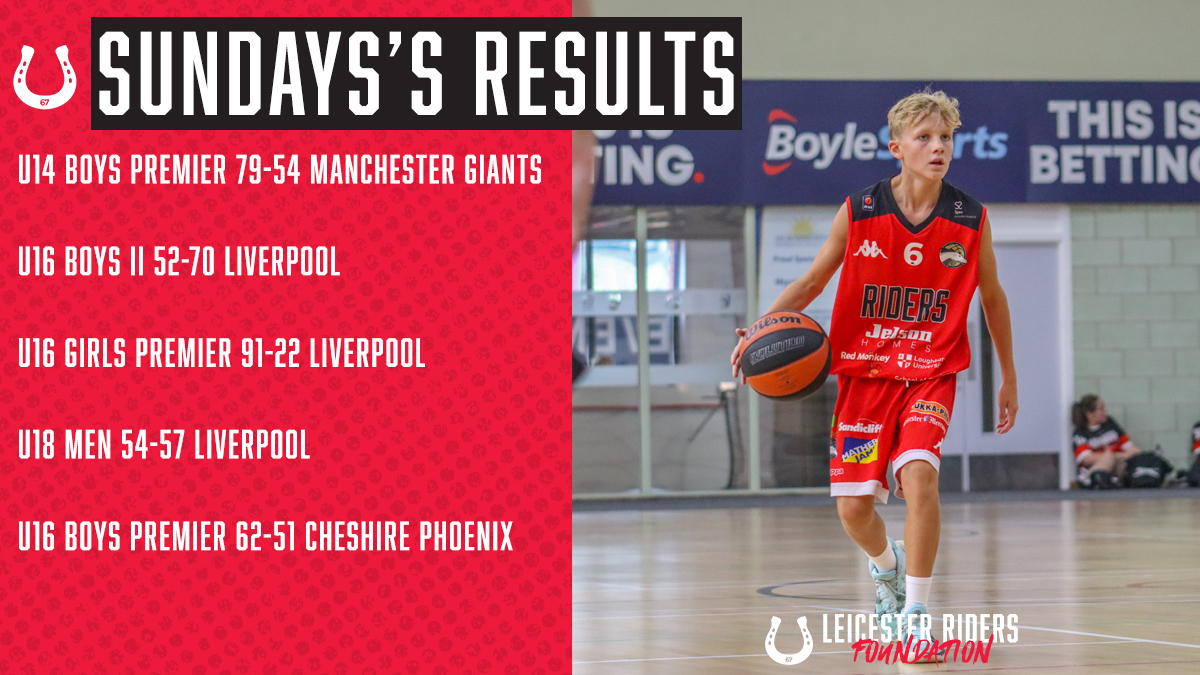 It was another successful day of pre-season action at the Morningside Arena as we hosted another 5 fixtures. We finished the day with another 3 wins & 2 losses however there was plenty of valuable court time & development for our teams ahead of the new season.

For updates on our Academy teams follow @RidersBF & @LRFAcademy on all social media platforms.